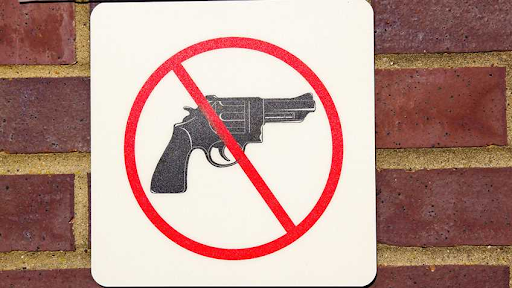 On Monday, the Pitt County Board of Commissioners voted 5-3 to pass an amendment to the county’s Law Enforcement Ordinance No. 4 to ban concealed handgun permit holders from possessing handguns in county-owned or controlled buildings. This is despite a Board member saying they surveyed county employees and found that the overwhelming majority favoured allowing concealed handguns on county property.

The reason the Board of Commissioners cited for this ban is supposed to be concern over the “increased presence of deadly weapons… on County property and about the threat that such increased presence will pose to the health, safety, and general welfare of the community.” While the county ordinance already required the County Manager to post signs at county buildings -notifying people of the gun ban from which carry permit holders were previously exempt. The amended law contains no language requiring the county to take any active measures to prevent criminals from violating the ban and entering with firearms, such as metal detectors or security guards.

This ordinance creates a so-called “gun-free zone” that only disarms law-abiding citizens and leaves them defenceless against the criminals who ignore such arbitrary boundaries.

Please stay tuned to www.nraila.org and your email inbox for further updates.