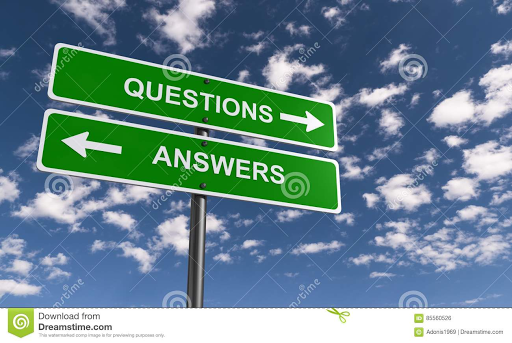 Answer: Most flip phones are older, meaning they are not always connected to the internet and sending your information back and forth.

Besides, older flip phones are not GPS enabled, so you can’t use them for things like mapping or directions. Since an older flip phone doesn’t have internet connectivity, Google nor Apple can pinpoint one’s location.

However, any cell phone will use a cell tower when making a phone call so that phone companies can track your phone to a general location based on the cell phone tower connection to your phone. (If you buy a flip phone, pay cash and have the store activate it for you so that you’re not the owner of the record.)

If Biden tries to take away our guns and sends police to pick up our lawfully owned weapons, can we hand them the piece that carries the serial number ONLY? After all, that’s the gun by definition.

Answer: Serial numbers found on the part of the firearm that, per the U.S. government, is legally considered a firearm. For example, on AR-platform firearms, that part is the lower receiver.

The specific part with a serial number is usually a critical part for the gun to function. In theory, you are right because once removing the piece; the weapon can no longer fire; therefore, it’s not a gun.

While I love your thinking, I don’t think government thugs care about the serial number only. They’re going to want the whole gun. (This is why you need to have several legally owned firearms that are off the books.)

I’m looking at buying a new TV for the first time in 20 years. These days most of the TV’s for sale are “smart.” I’m concerned about security issues. I want to buy a new one, but I fear it can spy on us.

Answer: These days, essentially all TV models have smart features. You would have to go back to 2013 or 2014 models to find TVs that do not connect to the web. The argument is that consumers now want streaming services, so connectivity is necessary.

Of course, this brings risks with it as well, as you mentioned. There are two types of security issues for Smart TV’s: hacking and data collection. The best thing to do is treat your TV as a computer when it comes to security.

For instance, you should use a virtual private network (VPN) on your Smart TV, cover the camera with tape, and always use a strong password for any accounts you access on the TV. The bottom line is, you’d have to buy an older model TV to be 100% safe.

I just moved to the big city from a small town farm. My car hit twice in the last few weeks. Not what I want to deal with when starting my new job. Any advice to protect my car?

Answer: One of the most important things you can do is to choose where you park carefully. When possible, you should park in a well-lit area where there is as much foot traffic as possible.

It would be best if you never left anything in your car that could attract a thief to include any electronic charger or wires because the criminal might think the actual electronic is stored somewhere in the vehicle.

Plus, don’t forget that criminals like to steal stereos, so if you can remove the stereo’s faceplate, that is a good idea. I don’t know what kind of car you drive, but I certainly wouldn’t be parking something like a BMW in Baltimore City.

Also, if you want to go a step further, you can get something like looks like blood and put it all over your door handles.

Still, you could do things to make people want to avoid your car. (As I said, this is extreme, but pigs blood works well.)

When I lived in Baltimore City, I was the only person I know who didn’t have my car broken into, and this is because I kept nothing in the car. So, when they looked through the windows, there was nothing there.

My wife and I are taking a Caribbean cruise with several shore excursions. You have indicated several times that tactical pens aren’t a problem on planes. Do you know if that’s true with cruise ships and shore excursions into foreign countries?

Answer: I have flown worldwide with my Tactical Pen and gone into courthouses and other highly secure buildings, and I’ve never had a problem bringing my Tactical Pen.

Also, check the laws in the locations where you will be taking excursions. If it’s legal to carry a knife, I will do so. (Remove the steak knife from the cruise ship, don’t try and bring one onboard.)

When I go out of state, how do I carry my gun legally with me wherever I go around the country?

Answer: If you have a concealed carry permit in your home state, you need to understand permit reciprocity and how it works.

Never risk carrying a concealed weapon in a state that you cannot legally do so. Think about it; it’s more headache than it is worth.

For instance, I have three concealed carry permits, but I cannot carry my gun when I go to California since California doesn’t recognize any states.