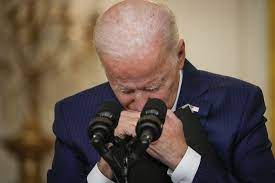 The Biden Administration’s Department of State announced that it would soon prohibit the importation of Russian ammunition into the United States. According to a release on the Department of State’s website, “[n]ew and pending permit applications for the permanent importation of firearms and ammunition manufactured or located in Russia will be subject to a policy of denial.”

The State Department claims that it is imposing these “sanctions on the Russian Federation over its use of a “Novichok” nerve agent in the August 2020 poisoning of Russian opposition figure Aleksey Navalny.” While that may be a viable reason for the United States government to sanction the Russian Federation, the ammunition import restriction seems more aimed at punishing American gun owners and businesses than as a foreign policy tool to influence the Russian Federation.

Ammunition exports to the United States are only a tiny percentage of the GDP of the Russian Federation. Still, Russian origin ammo makes up a large part of the American ammunition supply. American gun owners were already suffering from a market where demand was exceeding available supply. This new move by the Biden Administration will severely worsen the present supply problems.

The release goes on to note that the new policy:

will take effect upon the publication of a Federal Register notice expected on September 7, 2021, and will remain in place for a minimum of 12 months. The sanctions can only be lifted after 12 months if the Executive Branch determines and certifies to Congress that Russia has met several conditions . . . including (1) providing reliable assurances that it will not use chemical weapons in violation of international law, (2) it is not making preparations to use chemical weapons in the future, (3) it is willing to allow international inspectors to verify those assurances, and (4) it is making restitution to Mr Navalny.

While this delayed implementation date may seem to make a rush to approve new ammunition shipments possible, it’s not clear that ATF will provide any type of rush approval for the Form 6s necessary to lawfully import ammunition into the United States. These forms often take six or more weeks to get approved, so ATF delays may prevent new shipments from being approved for importation.

It appears that importers will continue to import ammunition already approved before publication the notice in the Federal Register. That ammunition will likely be rapidly consumed due to the current demand for a shot in the United States.

The total effect of this new policy will likely not be realized for a few months. Still, it will undoubtedly lead to more ammunition shortages, higher prices, and fewer Americans exercising their fundamental rights. It may also result in the shuttering of American small businesses that rely heavily on the importation of Russian ammunition. All of this is, of course, by design for the Biden Administration.

We will keep all NRA members informed of this newest overreach by President Biden on his crusade against law-abiding American gun owners. NRA is reviewing all political, legislative, and legal options to fight this new policy.