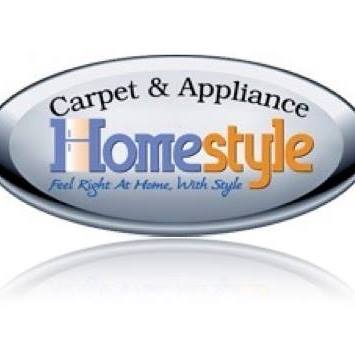 After graduating from UNC @ Chapel Hill in 1952, Caswell Edmundson came to Edenton to work at Western Gas service. Then in 1970, he opened up Carpet & Appliance Plaza with Charles Harrell after they purchased Ron-Wood carpet from Haywood Jones. Unfortunately, Mr. Harrell passed away in 1974. Having purchased partnership insurance Caswell was able to buy out Mr. Harrell’s widow.

While working a few hours a week starting in the 7th grade, Caswell’s youngest son Frankie was preparing to go off to college for computer programming. Around graduating in 1976, Frankie took a job with a company that sub-contracted for the Navy in Va. Beach. He was having to work with ancient Navy computers and dealing with the crazy traffic of the four lanes Va. Beach Expressway ( ha, ha ), Frankie, and his wife Linda quite often came home to Edenton. So after a year, he asked his dad if he could go back to work in the family business. Frankie told his dad that he would work hard. His father replied, “you can’t just work hard; you have got to produce! “

So Frankie’s 42 year career began on the luckiest day of the century, the 7th day of the 7th month of the 77th year. Frankie says it was a real blessing to become a part of Carpet & Appliance Plaza ( known as Carpet & Appliance Homestyle today ). He says that he & his dad make a great team. His dad liked paperwork, and he didn’t, but he loved selling and ordering new products to extend the product line the store carried.

Caswell retired in 1995, and for the last 25 years, Frankie has run the store. Frankie’s youngest son Tyler has worked with him over the previous 4 years.!

To commemorate Carpet & Appliance Homestyle 50th anniversary, come on over and enjoy prices reduced up to 50%. Plus, an enormous warehouse special! Yes, Frankie and Tyler Edmundson are clearing out their inventory: carpet, vinyl, refrigerators, washers, dryers, mattress sets, TVs, lighting fixtures, window treatments, and many other items too numerous to list. If building, remodeling, or upgrading your household appliances are on your bucket list this spring- DON’T MISS THIS ONCE IN A LIFETIME SALE!