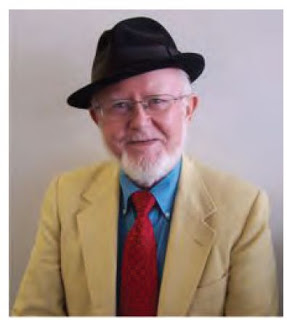 Dear Dr. Crime:  Tell us more about the future of Artificial Intelligence.  Can the AI “people” cause us problems? Concerned Student

Dear Student:  I reported on AI in prior columns and it got a lot of attention.  Apparently, many scientists are concerned just like you.  I am afraid to predict where it is going, but the AIs are smart and very capable.  Research from Carnegie Mellon University, reported in the respected journal Science, showed the AI beat top poker players in a 12 day session.  If you consider the skills required by poker players, and that it was so long a session, it indicates they can develop human skills.

Dear Dr. Crime: It seems clear that gun violence is a political issue.  Many of our politicians are jerks so I am not sure what to think.  Can you help?  School principal

Dear Dr.  The issue is so complex, involving the US Constitution as well as human suffering, I will make limited comments but not as a final answer.   I urge you and everyone else to see the October 2019 issue of Discover, devoted in large part to your question.  Consider that in 2017 in America, 39, 773 people were killed by guns.  Since 1968, 1.625 million of us have been killed by guns.  Yet, our government spends $63 on research for every gun death but $1,000 for every death caused by cars.  I have argued and do so here, that research is essential to good policy.  Research in the American Journal of Public Health showed that a change in high crime neighborhoods as simple as making some look less blighted, compared to typical “inter-city, high crime” areas reduced crime in the more presentable areas!  If research can show policy makers that, what might happen if we turned research criminologists loose on the politicians !!

Dear Dr. Crime: Thanks for addressing suicide,  it helped me face what happened here.  Anything new to tell us, especially those left after someone we love kills themselves.  Very Sad Sister.

Dear Sister:  Yes I will tell you to see your local health department for leads to therapists trained to help survivors of death.  The situation will shock many, as the JAMA Network Open reports a long study of 85,051 American suicide deaths, and found the numbers are going up since 2007, and the shock was the large increase among younger girls.  Suicide rates among young girls increased 8% while comparable boys increased only 3.5%, per year!  The youngest group of girls showed an increase per year since 2007 of 13%.   The current issue of Monitor on Psychology has a major focus on “suicide prevention”.  You will find it in your public library, and it will help you.  Obviously, the understanding of causes, and of those at risk is vital, and it is not satisfactory.  A study reported in Psychological Bulletin from 2017 showed that prediction of suicidal behavior was only a bit above chance.

Dear Victim:  If you have been a victim of a crime, go at once to your local law enforcement agency and speak with an officer.  I have come to  believe there is no limit to what humans can do.  The Journal of Sex Research reported on ritual child abuse, typically done in groups of adults.  Symptoms reported after the abuse included sexual behavior and beliefs, toileting problems, the supernatural and religion, fear of small spaces, fear of death, fear of doctors, fear of certain colors, eating disorders, emotional problems, dysfunctional family and peer relationships, and  multiple personality disorders.  My criminal justice caseloads when I worked in the system included crucifixion of animals, fire as a sex object, and on and on.

Dear Dr. Crime: We are lucky to have our great Sheriff in Camden County!  His office is adding more security officers for our schools.  Now I can relax.  Apprehensive Parent.

Dear Parent:  You are so correct about the sheriff and his staff.  I am very impressed with their professionalism and communication of information to the public.  At the recent public meeting questions on any topic were requested and statistics in detail about their operation were discussed.  Yet, I do not advise that you relax your concerns for the safety of your children.  A recent report from the University of Toledo and Ball State University reviewed the research on school safety programs and reported “…research regarding school firearm violence prevention failed to find any …evidence they reduced such firearm violence.”   So let us continue to support the law enforcement agencies sensitive to the issue (such as the Camden Sheriff) and demand research into causes and prevention measures.