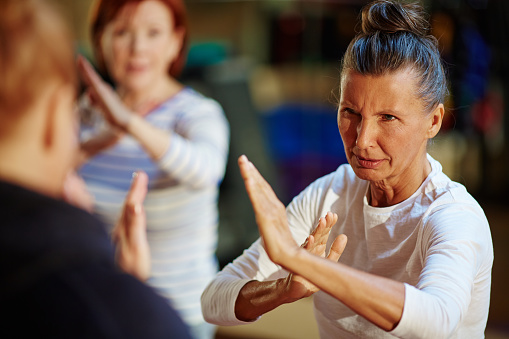 Adam F. lived with his parents in Fresno, CA. One day his parents were gone, and he encountered a black widow spider in the home.

For some reason, Adam decided to use a blowtorch to kill the spider. But instead, he set his parent’s home on fire.

According to local media, Adam told firefighters that he was using the blowtorch on the spiders and their webs on the outside bricks of the home.

Firefighters believe that the bricks had cracks, which allowed some flammable material on the other side of the bricks to ignite.

Once the fire started, it worked its way up into the attic and second floor of the home.

No one was injured in the fire, but the damage was estimated at over $10,000.

According to Fresno Fire Captain Castillo…

“This is definitely not the preferred method to exterminate spiders in and around your home.”

I imagine Adam learned a harsh lesson about protecting his parents’ home against spiders.

There’s a right way and a wrong way…

Similarly, there is a saying you may have heard: “Any self-defence advice is good advice.”

Unfortunately, like Adam’s blowtorch plan, this is just terrible.

For example, plenty of people trained in self-defence, but some took karate in the first grade and still think they are Chuck Norris.

My point is, there is a lot of bad advice when it comes to self-defence.

In fact, here are a few of the world’s worst self-defence ideas and why you should avoid them like the plague.

Let them make the first move:

What worked back in high school doesn’t work in the real world. If possible, you should not wait for someone to hit you before you defend yourself.

If someone had a gun pointed at you, would you wait for them to fire a round before you shot them in self-defence?

Action is faster than reaction…

This means that if you allow someone to attack, you will almost always be slower.

Now, I’m not saying you walk around and hit people because you have to be first.

But situational awareness is critical.

Be alert to your surroundings and know if someone is looking to hurt you.

And if you believe something is going to go down, don’t wait… you need to act.

Wait for the police:

Police have a difficult job, and they cannot be everywhere.

This means it will take at least some time for the cops to show up when you call them.

In fact, the average response time for police in the U.S. is ten minutes for priority 911 calls.

A lot can happen in ten minutes when someone is trying to kill you.

Of course, in an emergency, you should call the police as soon as you can.

But while the cops are speeding to you in those ten minutes, you could be in a fight for your life.

Which means you have to be prepared to defend your own life at all times.

This is why I carry a gun, tactical pen, or other weapons to defend myself and why I am trained in hand-to-hand combat skills.

I’ve had folks tell me they plan to use wasp spray if someone breaks into their home.

This is a terrible idea.

The active ingredients in wasp spray are very different from pepper spray. They’re meant to target a wasp’s nervous system, not humans.

On the other hand, the ingredients in pepper spray are formulated to target a human’s eyes and respiratory system.

Also, don’t forget to factor in the size and biological differences in humans and insects.

To top it off, during tests, wasp spray has been found to have a minor effect on humans.

In other words, it won’t stop a bad guy.

Some folks believe that fighting back will only make your attacker angrier.

But self-defence isn’t a competitive fight, and your attacker will bring all they have from the beginning.

So, if you fight back, it won’t make them fight more challenging because they are already deep into committing a crime.

Think of an attack as a predator vs prey scenario. You are the prey. And you need to fight back.

Criminals who get tough resistance will often time move on to easier targets.

At the end of the day, if someone is trying to harm you, you need to do anything necessary to save your life.