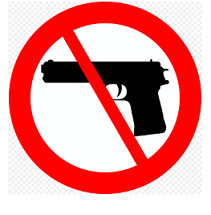 Currently, the timeframe is limited to 3 days, but H.R. 1446 adds a week to the timeline, making it ten days.

The argument for the extension is that some sales to restricted individuals go through after three days if a proper check is not complete.

Moreover, while there is truth to that, the answer should be improving the FBI’s system for performing their job, not preventing someone from legally having a gun.

Imagine if violence were to erupt in a city and a law-abiding American needs to purchase a gun or upgrade firearms to keep themselves safe.

If the FBI drags its feet, someone could be waiting at least ten days before being able to defend one’s self…

Further, as we have seen from the looting and rioting of the past few years, a LOT can happen in 10 days.

We need the agencies to enforce better what is already on the books, not add laws to make up for their incompetence.

The next piece of legislation passed by the House is H.R. 8…

Deceptively named the “Bipartisan Background. Checks Act of 2021,” H.R. 8 would create a seismic shift to the current federal law on gun sales.

If passed into law, it would require a background check on every firearm transfer or sale of any type – commercial or private.

Does Grandfather want to give grandson a rifle for his birthday?

Not so fast, someone would have to go through the background check process.

Maybe someone wants to perform a private sale of a handgun. Too bad –

Uncle Sam wants to know where the gun is going.

The government would now be dictating to American citizens what can be or cannot be with private property.

let us be honest-

that is so they can go door to door collecting guns when they decide the time is right.

Do not ever forget; this exact thing happened during Hurricane Katrina.

The good news is that these bills still have to pass in the Senate before becoming law.

So, get on the phone with a Senator and let them know we are against Second Amendment’s infringement from these two bills.

If someone wants or needs to upgrade a weapon, buy gifts for the grandkids, or get that next new gun.

Do it now, in case the swamp creatures in Washington D.C. decides solid American citizens cannot!