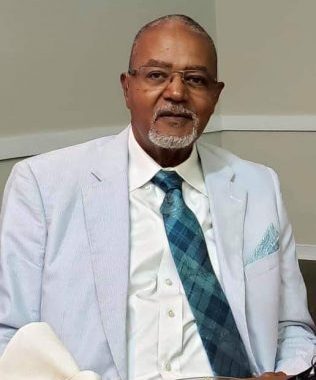 I’ve been told, time and time again, that I have a weird mind. But, what if AI (artificial intelligence) took over everything? What could happen? How would you live? If you wanted to stop it, how would you stop it? These questions are not weird questions. I am not crazy; I call myself sane as anyone.

A couple of months ago I talked a little about AI and how it could be used to spy on anyone it chose to spy on. I’m taking it a step further than that. I want to tell you how it can take over the world, with or without the knowledge of the ‘human race’. The advancement of AI is extreme now that everything can run alone, without help or instruction from humans.

AI, as I said in a previous article, can manufacture a clone of itself and more. Look at it from a factory point of view. The more machines do the work, the fewer employees the factory need which also mean more money for the owners of the factory. In my weird dream, the factory supplies the materials and the robots make more of themselves to do work at a faster and more precise rate. But my mind went even further. Wait for it…

There are many things that operate alone. Satellites that surround the world and communicate to everything, driverless vehicles which include almost everything motorized you can think of, automated aircraft and ships (been in existence since the ‘70s), robots in medical facilities and much more than I can name. What it boils down to is the fact that robots don’t need humans for anything, but we need them for everything. Just think about all the sci-fi on television and in the theaters. Watch the stories about robots taking over the world. It is not impossible, and the capability is already here.

Everything on the internet is run by ‘bots’ and other things I don’t have knowledge of. The eyes in the sky watch everything and cameras are everywhere. However, I’ll give you a short scenario about what my crazy mind say how it could be done. I may leave a few holes in the story for the sake of brevity, but you can fill in the gaps.

Robots in a factory need more robots and it orders parts for making itself. A self-operating machine at a quarry dig the ore and load it onto a self-driving truck. The truck delivers it to a factory to process the ore and make the part. A robot takes the part, put it on a self-driving vehicle and deliver it to a factory. The factory makes another robot. There isn’t anything touched or operated by a human.

It is possible and the sci-fi movies saw it years ago. Can the robots go rogue? Sure, they can. Will they go rogue? That, I am afraid, is up to mankind and I have little faith in mankind always doing the right thing. There is a part of mankind that is only looking out for the profit to be made therefore things could get out of hand. Trying to cover the mistake can make matters worse and we then start the robot ball rolling. Just my crazy mind at work. But, why would the robots want to take over this crazy world?

To read Roberts other articles on this site click here