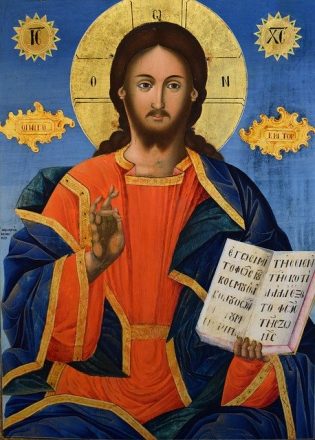 The lights and wreaths, garlands and trees are taken down, and a New Decade is upon us (not just a New Year). Things are back to normal.
But things never went back to normal for Joseph, who is known as the protector and provider for the Virgin Mary and the Child Christ.
Joseph had to take the young mother and infant, under cover of night, and flee the madness of King Herod, who was one of many anti-Semites that infect world history. An old man, a virginal young woman, and prophesied tiny baby became three of the world’s many political refugees, fleeing death at the hands of their native government.
There have always been refugees, the poor and desperate who cannot stay in their country. It is hard to accept that God was one of these. The Church does not forget that the image of Christ shines clearly in this population most of all.
It remains for us to follow the poignant example of the Righteous Joseph. Even in old age and as a widower, when he should have been able to retire, Joseph patiently and humbly followed the holy guidance of the angels. He protected the utterly dependent Holy Child and Holy Mother. He took them as refugees into the strange land of Egypt. He worked hard for his little family there, to provide for their needs. And when the angel came and said it was safe to return — because the mad king had finally died — then he did so, and returned to Nazareth in Galilee.

None of this would have happened had not Joseph prayed, had he not practiced the ways of righteousness, had he not given himself away in love. It took holiness to be visited by an angel. It took courage to shelter his two charges against the ravenous insanity of Herod.

Above all, Joseph made peace. In his house, he built an oasis of peace in a fallen world of sin and violence — a world that has many Herod’s. His prayerful faithfulness became a hedgerow of protection against the demonic tide.

“Blessed are the peacemakers, for they shall be called the children of God.”

Yes. Joseph was one of the peacemakers, truly, to foster the Prince of Peace.

It took Joseph, an aged carpenter, to fashion a home that could shelter a young holy girl who is “beyond compare more glorious than the Seraphim” …