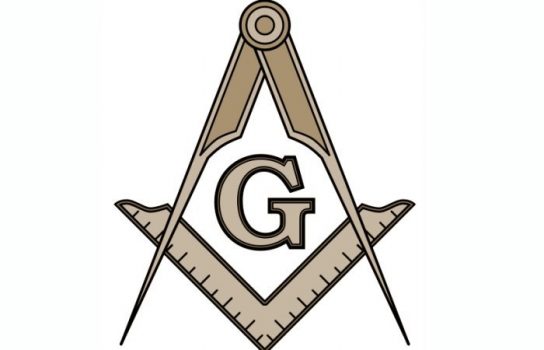 Freemasonry, founded over 200 years ago, is the world’s largest fraternal organization with over 6 Million members. Right here in the Albemarle, nearly 700 of your friends and neighbors are Masons. From Currituck to Gates, Camden to Chowan, Pasquotank to Perquimans, eight different lodges hold business and ceremonial meetings, host fundraising events, and contribute to charity drives to benefit those in need. In the United States alone, Masons give more than $2.6 Million A DAY to charities1. Our local area has such a strong Masonic history that the Museum of the Albemarle recently held an exhibit on Freemasonry, “Blue Lodges the Albemarle”.
It is not surprising, given our rich Masonic heritage, that the Albemarle now has its very own Masonic author.

The Master of New Lebanon lodge #314 in South Mills, Dwight Decoskey, recently wrote a book combining Masonic ideals and Eastern traditions called “Look to the East: Superintending the Craft through Eastern Practices” (2020, PropOps Shop Press, ISBN: 978-0-578-62157-9)
Decoskey uses his background in world religion, existential philosophy, global travel, physical fitness, and esoteric studies to provide an introduction to near, middle, and far eastern practices in exercise, diet, and thought. Although Decoskey uses veiled references to several of the lessons of the Masonic degrees, Look to the East is a book that is readable for both Masons and non-Masons alike.
“I wanted to write an introductory self-help book that was a culmination of my many years of gathering different ideas and philosophies. Although I wrote it for my Masonic brothers, I feel anyone looking to broaden their view of the world can benefit from reading Look to the East. By focusing on three areas – exercise, diet, and thought – I try to convey usable eastern ideas – right here, right now – to better our lives.”
Although Look to the East is not endorsed by nor does it reflect the opinions of any governing Masonic body, Past Grand Master of North Carolina Freemasonry, Speed Hallman, who was also the Associate Dean of the University of North Carolina, School of Journalism, applauds Decoskey’s efforts. Hallman wrote the forward to Decoskey’s book. In it, Hallman praises Decoskey’s ability to communicate complex materials in an understandable manner and the need for such a book.
“[Decoskey] is a gifted communicator… his new ideas and energy have improved the flow of information [in NC Masonry]… With this book, he has focused his prodigious talent… on helping each of us learn…and improve”
Writing is nothing new for Decoskey. Professionally, Decoskey is a Department of Defense contractor who manages a team of technical writers supporting the U.S. Navy.

He is also the Editor of two Masonic newsletters: Plumbline, New Lebanon lodge’s monthly newsletter; and The Hive, distributed quarterly throughout the Albemarle to Masons. Decoskey is on the Grand Lodge of North Carolina’s Board of Directors for Publications, where he created and, for two years, edited an eNewsletter, The Buzz… that was available to all 37,000 Masons across the Tar Heel state. The demands of that newsletter coupled with his other commitments was too much and he recently stepped down as Editor-in-Chief.

On why he wrote Look to the East, Decoskey cited concern for his fellow Brethren. As Freemasons, we take several obligations. First, we are bound by an oath to help one another. If we see a Brother doing something wrong, we are obliged to alert him to his error and aid a reformation. Look to the East tries to do this. Second, we commit to bettering ourselves and avoiding excess. Again, Look to the East offers advice on this obligation. Finally, Masons are required to treat others with respect. In my mind, respecting others begins with understanding others. I hope Look to the East helps initiate a practice for my fellow Masons – and my neighbors across the Albemarle – to learn more about other religions, cuisines, and ways of life.

On a final note, Decoskey is utilizing The Masonic Home for Children at Oxford (MHCO), School of Graphic Arts in Oxford, NC for printing the hardcopies of Look to the East. The MHCO has been in operation since 1873, helping provide a safe and nurturing place for children. The School of Graphic Art provides on the job training for students and helps generate operating revenue for MHCO.
Both printed and electronic copies of Look to the East: Superintending the Craft through Eastern Practices are available directly from Decoskey, using PayPal. You can contact him via email at dwightdecoskey@gmail.com for more information.