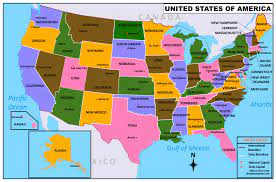 The last edition of our online journal discussed carrying intermediate self-defence options in addition to a gun or when not carrying a weapon. State laws can impose restrictions on possession or use of pepper spray, TASER®s, force multipliers like Kubotans and even hand-to-hand defensive tactics, but those laws vary from state to state.

With many Network members already carrying pepper spray and other non-gun defence options, we asked our Affiliated Attorneys to discuss laws affecting private citizens employing alternative defence options in their locales. We asked –

Do the laws in your state restrict carrying non-gun self-defense devices like pepper spray, TASER®s or Kubotans?

What laws affect the private citizen who stops an attacker by using a TASER®, pepper spray or Kubotan?

What violations might a member be charged with if authorities don’t believe the intermediate weapon was used lawfully?

Five weapons that can legally be used for self-defence in California:

Some self-defence weapons that are illegal under California law include:

Regarding California law on the topic of your inquiry, here’s a website (maintained by the Pepper Spray Store) which states California’s requirements for the use of pepper spray correctly.

As regards TASER®s, most California residents have the legal right to buy, own, carry, and use a stun gun for self-defence without obtaining a permit. However, there are state laws that prohibit the following individuals from taking/using a TASER®:

A violation of the law by any of these restricted individuals constitutes a misdemeanour (local jail time and/or fines).

As regards Kubotans, no law in California makes a Kubotan or yawara illegal. However, as with any other object, if one is used as a dangerous weapon for a reason other than self-defence, the user could be culpable for an assault with a deadly weapon [Pen. Code, §245, sub. (a)].

Finally, here is a website that contains a valuable summary of items that can be carried and used for self-defence in California. I hope this information is helpful to you.

As a general rule, Utah does not restrict a person from carrying a non-lethal weapon or device for self-defence, such as pepper spray, a TASER®, or Kubotan. But in some circumstances, a person may face criminal prosecution for improper use of a “dangerous weapon.” The facts and circumstances of each case vary.

Utah Code § 76-10-509 prohibits possessing a “dangerous weapon” by a minor under age 18. Any parent or guardian who knows that a little owns a dangerous weapon is guilty of a class B misdemeanour, subject to a maximum penalty of six months in jail and a $1,000 fine.

In Salt Lake City v. Miles, 2014 UT 47, ¶ 21, 342 P.3d 212, 219 (Utah 2014), the Utah Supreme Court held that the evidence was insufficient to support finding that the defendant’s folding pocketknife was a “dangerous weapon,” as required to support a conviction for possession of a dangerous weapon by a restricted person. The pocket knife, which had a blade approximately three-and-a-half inches long and a thumb stud allowing the user to open the knife with one hand, did not bear the character of a dangerous weapon as evidenced by any inherent and uniquely weapon-like trait; the pocket knife was not used. It did not produce any wounds, and the pocket knives had other lawful uses, such as camping. Id. But a restricted person should take caution in carrying pepper spray or other non-lethal self-defence devices. The terms of probation in each case may vary.

While Utah does not generally prohibit a person from carrying a non-lethal device, some circumstances may lead to arrest, prosecution, and conviction. Individuals who possess any “dangerous weapon,” such as pepper spray or a TASER®, should do so with caution.

Do the laws in your state restrict carrying non-gun self-defence devices like pepper spray, TASER®s or Kubotans?

Kentucky self-defence laws are codified in Kentucky Revised Statutes (KRS) Chapter 502. The use of force in self-protection statutes differentiates between when the use of physical strength and when deadly physical force is allowed but does not specify the types of weapons used. Pepper spray, TASER®s and Kubotans are not prohibited by Kentucky law. The only outright prohibition is against weapons of mass destruction.

What laws affect the private citizen who stops an attacker using a TASER®, pepper spray or Kubotan?

KRS 503.050 provides justification for a person’s use of physical force in self-protection, and KRS 502.070 authorizes using power to protect others. These laws apply to any type of weapon used.

What violations might a member be charged with if authorities don’t believe the intermediate weapon was used lawfully?