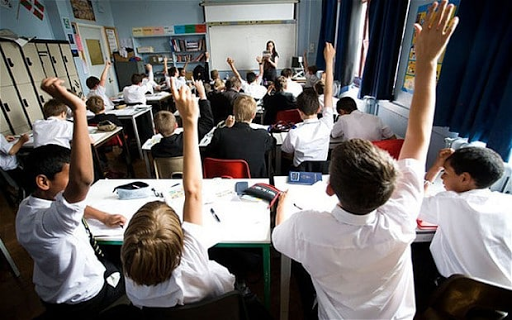 Total control cannot happen with tanks and soldiers alone- far too many people. Such a task would be similar to herding sheep; physically, it can’t be done. You would need one herdsman for every sheep, and the price would be so high no one would buy sheep. So, how do governments control people on the cheap? The featured tools are fear and conditioning (educating) the mass of people (subjects) into a mainstream narrative. Fear is always a short-term weapon, but in the United States, current debt levels, along with the fear and stress of losing a job, home, car, or livelihood, have contained many citizen subjects for decades or at least since the offering of easy consumer credit since the late The 1960s. A stronger and more effective tool is conditioning subjects to an idea via mass media. Allowing the masses to accept the mainstream narrative as their own idea has been more effective for long-term control. Accepting someone else’s idea of authority under a notion of government is incredibly effective – especially over generations. Once an idea is in acceptance by the majority, we “the people” police ourselves. Some of us who go our own way are often called stupid, dangerous, or strange by our peers. So, the policing process begins. After being chastised by a self-policing society, most who do or might think for themselves will immediately recoil back into a mainstream narrative (a safe zone). We’re in a consumer’s prison where we make $10 an hour but spend $15 an hour just to maintain ourselves with some acumen of dignity by debt. And if one of the prisoners finds an escape, the other prisoners block the exist.

And so, the mandatory mask is put on for the comfort of family and everyone else to stop the threats, harassing phones, and general ridicule and persecution from the rest of the self-police. All to the ” little gods” in white lab coats who scratch heads while witnessing mass schizophrenia. Which ultimately opens the door to physical medical problems – heart attacks, cancer and strokes, etc., all because of a mandatory mask we all wear. Conditioning begins early – Take a minute and think about what we do to a baby -shower the baby with gifts at birthdays, Christmas and other eventful times in the newborn’s life. The cause and effect is an unrealistic expectation of a lifestyle that starts with over-consumption at an early age. The school creates another kind of expectation, the pathway to success via obedience. According to the classroom authority, if you didn’t work the math as instructed but came to the correct answer, you were still wrong. Or maybe in College, you decided not to follow the lecture and write something on your own and received a not-so-flattering result from a teacher’s aide who happens to be a member of the local campus communist party. hmm? Or here’s a classic self-policing technique, a student holds a different opinion than the Professor, so the Professor asks the rest of the class to raise their hand if they agree with the lone student. Of course, no one raises their hand-the teacher and the State’s opinion reign supreme.- for that moment. A similar tactic was and is used today in Communist China, known as a “struggle session.”  Our school systems run the Bismark factory model. Punch a time clockwork 40 hours – questioned nothing and obey authority– only there are no factories, no time clocks, or 40-hour work weeks. Still, buried deep in our collective psyche is an idea (a notion) that if you obey a system, you can have all those gifts you received as a child again and again as long as the debt-servant economy is maintained. Do your part, and Amazon and Visa will continue to make Christmas a monthly event.

If your little voice inside you is telling you that you are working harder for less,  then listen to your voice because statistically, you are working more for less money. 90% to 95% of all American households are financially treading water- most bought into the 30-year mortgage and 10-year car note only to be stuck in a scam. Here’s the scam inflation is low or almost non-existent because the inflation shows up not on government accounting ledgers but in the households of everyday consumers in the form of credit card interest and debt. For the last three decades, wages have not kept pace with inflation or GDP. The top 1% has stolen five trillion in wages since the mid-1970s. And in the 1970s, the economy took mom out of the house, as the mortgage required two pay earners to maintain a household with electricity and other necessities. These days while standing in line at any grocery store, we witness people pulling out 1,2,3 or 4 credit cards, trying to find just one with enough balance to cover groceries for the coming week. You see, your neighbours, friends and strangers you don’t even know in a grocery line are having to decide: Do I pay for food or make a payment on the car this week? Do I make the mortgage payment, or can I buy my medications this month? And if you can still maintain yourself and everything seems fine – then Hooray, for you!- but your neighbour’s physical needs today will become your security worries tomorrow.

Many people feel like a failure, and it’s completely understandable. Remember, we were all set up to fail! The system began this easy credit economy in the late 1960s with credit card issuance and Richard Millhouse Nixon taking our money off what was left of the gold standard on August 13, 1971. Not to mention the Maquiladora Program in the 1960s under Johnson. – America’s first offshoring of jobs and the beginning of the end for the American worker.

Next time- How did International Corporations steal 5 trillion dollars in wages from the American worker since the mid-1970s?