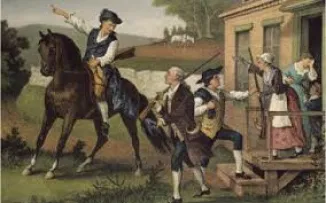 After spotting a lone man washing his vehicle at a St. Louis-area car wash, two armed men reportedly attempted to carjack and rob him at gunpoint. As one man entered the victim’s car and stole a cell phone, his 18-year-old accomplice and the car’s owner started to fight. At that point, the citizen drew his own firearm and managed to shoot the attacker with what would prove to be a mortal blow. Following a subsequent gunfire exchange, the remaining man fled to a getaway car and then was driven to a hospital for treatment of a bullet wound. Police later tracked down the alleged armed robber and a woman suspected of serving as his driver and found them in possession of the victim’s phone and multiple firearms. Both suspects were taken into custody under a new Missouri anti-carjacking law charging them with second-degree murder, assault, robbery, and several additional counts. (callnewspapers.com, Mehlville, Mo., 9/2/20)

One day at 4:45 a.m., a 74-year-old Mayfield, Ky., resident was forced to protect himself and his home when a man kicked in his door for the second time the very same night. The interloper, armed with a shotgun, fled the scene when confronted during the first encounter. In response to the repeat robbery attempt, the senior citizen grabbed his own shotgun and fired when the intruder entered the home, sending him fleeing on foot. Minutes later, the police found the suspect near the roadway with a severe wound to his arm. Sheriff’s deputies recovered the suspect’s gun and arrested him for first-degree burglary and other related crimes. Graves County Sheriff Jon Hayden later said the homeowner was not facing criminal charges. (paducahsun.com, Mayfield, Ky., 7/30/20)

An intoxicated 45-year-old motorist crashed through a fence before ditching his pickup in a grove of trees in a Lakeland, Fla., neighborhood. He then tried to board a school bus right after a child had been picked up, but the driver quickly locked the door and drove off, keeping all the children on the bus safe. The suspect then jumped onto two different cars, breaking the windshield of the second one. One driver noticed blood on the suspect and called the police, while the other said the man was “growling” before jumping off his car and running away. The agitated man reportedly went on to break through the front door of a nearby home, where a family of five was relaxing. He appeared to be “wild and out of control upon entering their living room,” according to a family member. When the suspect threatened them with a large piece of broken glass, the homeowner retrieved his firearm, then fired as the intruder threw the glass at him. Upon arrival, deputies attempted first aid and then transported the crazed man to a local hospital, where he was pronounced dead. During an investigation, it was confirmed the culprit had been in the area to find drugs. No charges are being brought against the homeowner. (theledger.com, Lakeland, Fla., 8/28/20)

While camping near Nederland, Colo., a man was forced to kill a 260-lb. black bear. A couple of days before the incident, a bear had broken into the man’s truck, presumably looking for food. The morning of the attack, the man was alerted by his barking dog. Emerging from his camper, he saw a bear in hot pursuit of his animal, so he called his pet to come to him. This action apparently caused the aggressive bear to charge both the man and the dog. The man shot and killed the bear from a distance of approximately 10 to 15 yds., after which Colorado Parks and Wildlife authorities said no charges were being filed, as the shooting was justified in defense of human life. (dailycamera.com, Colorado Springs, Colo., 7/8/20)

In Dalton, Ga., a truck driver was approached by four men wanting to buy or sell tires in the back parking lot of a Pilot Travel Center. However, three men reportedly attempted to restrain the driver, while the fourth tried to grab money from inside the truck. During the struggle, the driver could draw his own concealed firearm and subsequently fired at the assailants. Three of the accomplices fled on foot while their partner drove off in a minivan. The Georgia Department of Public Safety Motor Carrier Compliance Division soon spotted and stopped the minivan and arrested the driver without incident. The other three suspects remained at large. (daily citizen. news, Dalton, Ga., 7/28/20)