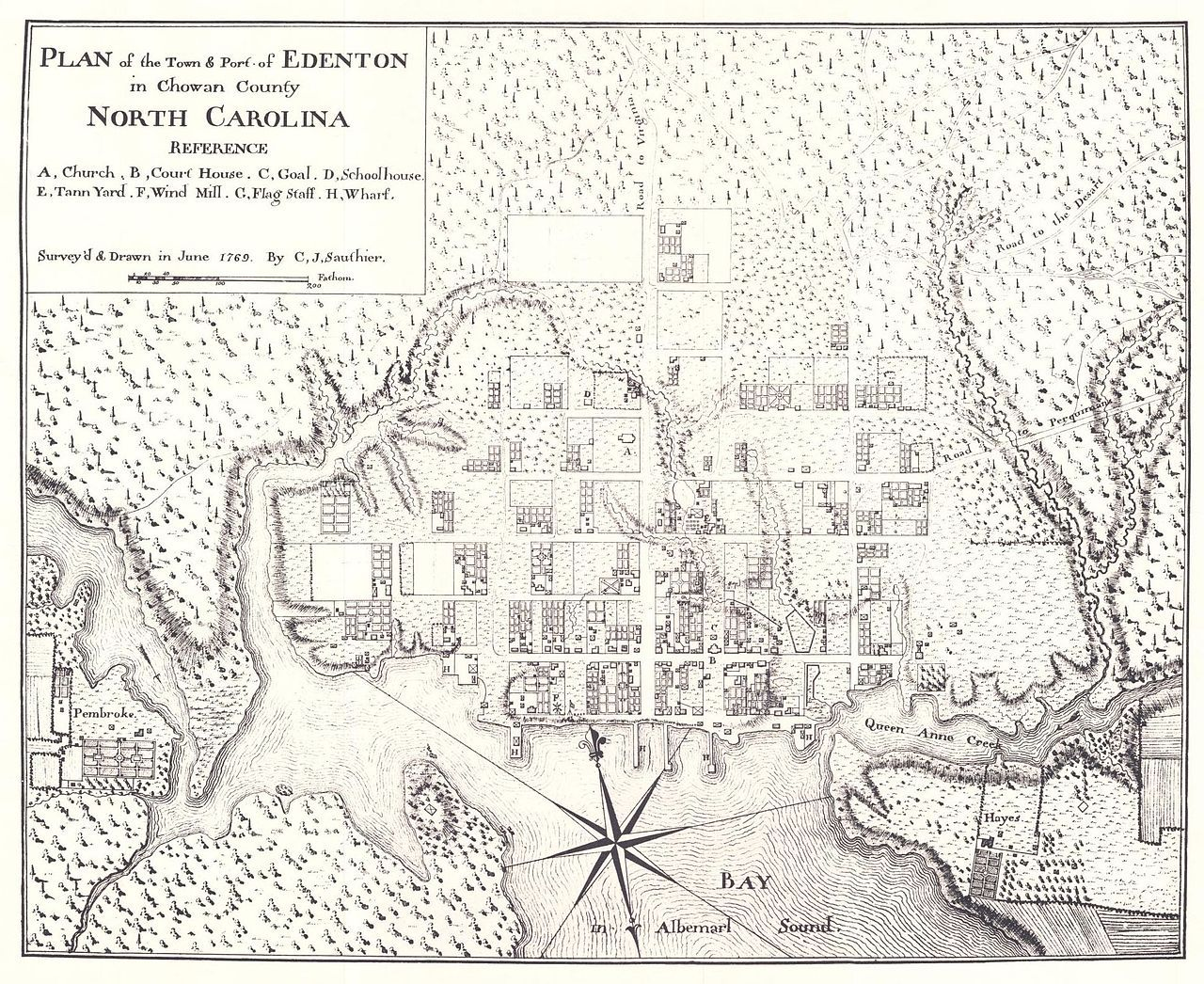 The French and Indian War, also known as the Seven Years’ War, was a conflict that took place in North America from 1754 to 1763. It resulted from ongoing tensions between the British and French empires, as both sides sought to expand their territories and assert their regional dominance. Edenton, a small town in North Carolina, was not directly involved in the conflict, but its citizens still played a role in the war effort.

During the French and Indian War, Edenton was a hub of trade and commerce in North Carolina. The town was located on the Albemarle Sound, which provided access to the Atlantic Ocean and made it an important center for shipping and trade. As a result, many of the town’s residents were merchants and traders who were heavily involved in the local economy.

Despite being far from the front lines of the conflict, Edenton’s citizens still contributed to the war effort in various ways. One of the most significant ways was to provide supplies and materials to the British military. The town was a major supplier of food, clothing, and other supplies to the British troops stationed in the region. Many merchants in Edenton were also involved in producing and selling war-related goods, such as cannons, muskets, and ammunition.

In addition to providing supplies and materials, Edenton’s citizens also played a role in the War by participating in local militias. During this time, the British government relied heavily on local militias to defend against French and Native American attacks. Many men in Edenton and other towns and cities throughout North Carolina joined these militias and served as soldiers in the War. They were trained in military tactics and weapons and were often called upon to defend their communities against French and Native American raids.

Even though Edenton was not directly involved in the fighting of the French and Indian War, the conflict had a significant impact on the town and its citizens. The War disrupted trade and commerce, causing economic hardship for many merchants and traders in Edenton. It also strained the local militia, as many of the town’s men were called away to serve in the military, leaving their families and businesses behind.

Despite these challenges, Edenton’s citizens remained dedicated to the war effort and played a vital role in supporting the British military. Through their participation in the local militia and their provision of supplies and materials, they helped ensure the British forces’ success. They contributed to the eventual victory of the British empire in the French and Indian War.

In conclusion, while Edenton was not directly involved in fighting the French and Indian War, its citizens played a significant role in the war effort through their participation in local militias and their provision of supplies and materials to the British military. Despite the challenges and hardships that the conflict brought, the people of Edenton remained committed to supporting the war effort and helping to ensure the eventual victory of the British empire.