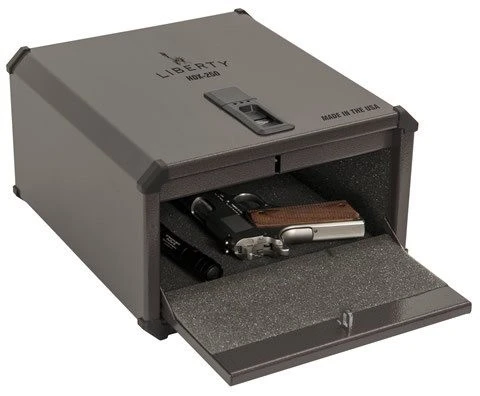 The wife called and said, “Listen to what I have seen.”

She was visiting a relative of ours.

About 2 miles from the house, a man shot another man as they were fighting over a woman. (And no, my relative does not live in a dumpy area quite the contrary.)

The shooter ran off, and police were looking for him. Helicopters were everywhere.

This relative wanted to grab her gun because the guy was on the loose in the area.

She went up to her gun safe, and it would not open. (Not good.)

It was a biometric safe where a user has to swipe their finger to open it.

She kept swiping her finger, and nothing happened.

If Instructors received a dollar for every person who told said they experience problems with their fingerprint scanning safe; we would not need Instructors anymore to teach firearms. We would be rich.

One fellow could not get his safe to open after he had worked out, and his hands were sweaty.

Another fellow had been working in the yard and then could not get his safe to open.

Still, While they will work about 85% of the time, that 15% where a fingerprint will not scan is what could get a citizen killed.

However, having a biometric safe does help keep the weapons out of minors’ reach and help homeowners safe within the NC statute guidelines.

(a)        Any person who resides in the same premises as a minor, owns or possesses a firearm, and stores or leaves the firearm (i) in a condition that the firearm can be discharged and (ii) in a manner that the person knew or should have known that an unsupervised minor would be able to gain access to the firearm, is guilty of a Class 1 misdemeanor if a minor gains access to the firearm without the lawful permission of the minor’s parents or a person having charge of the minor and the minor:

(b)        Nothing in this section shall prohibit a person from carrying a firearm on his or her body or placed in such close proximity that it can be used as easily and quickly as if carried on the body.

(c)        This section shall not apply if the minor obtained the firearm due to an unlawful entry by any person.

Be very careful about using biometric safes and continuously test the biometric safe, and know before an incident if there is a problem.

Always have a gun loaded in the safe.

If some criminal tries to kick in the front door, the homeowner is ready and a happier camper.

The hope is an incident with a criminal or neighbor never happens, but constant training and retraining – drill and more drills on all defense systems is not a bad habit.