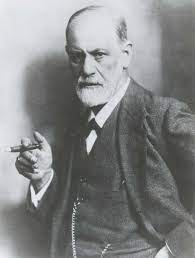 All of us have an ego to one degree or another…
None of us like getting cussed at or having our mothers called specific names.
But, in today’s society, with so many “crazies” out there, you’ve got to be more disciplined than ever, and you have to swallow your pride.
Case in point…
You probably heard about the snow shoveling deaths in Pennsylvania that took place about two weeks ago.
Two neighbors got in a very heated argument about throwing the snow on each other’s property.
They were screaming and cussing and saying all sorts of things about one another.
Finally, one of the men went into his home, grabbed a gun, and killed the other neighbor and his wife. In the video, he shot the wife at point-blank range multiple times.
Now, most people will not commit murder over snow shoveling, but you just never know who will.
It’s the same thing with road rage.
Most people are not going to murder over getting cut off, but there are enough who will, which is why you hear about it often on the nightly news.
I’ve been in that situation myself.
I once got in a car accident with a guy who tried to blame me when it was clearly his fault.
As much as a wanted to snap his head off, I remained calm as he went psycho on me.
I could tell this guy was unhinged, and it wasn’t worth it to provoke him.
Bear in mind, I was prepared to defend myself at a moment’s notice if it came to that.
But I wasn’t going to do anything to escalate the situation with a crazy person.
Eventually, my demeanor calmed the fellow down, and all was well.
So, as you’re going about your daily business, you will no doubt run into major jerks who deserve a pounding.
Be the bigger man and stay calm unless the line is crossed where you must defend yourself.
source: Jason Hanson
https://spybriefing.com