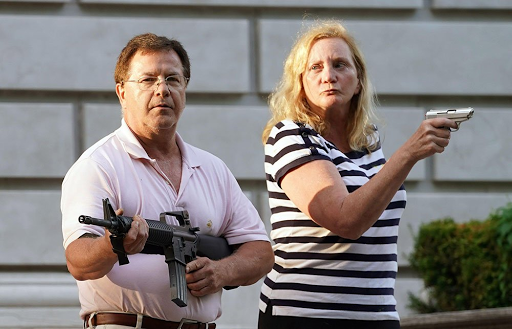 The world has said “good riddance” to 2020 and ushered in a new year. Although 2020 was a year in which many people faced extraordinary challenges, it did come with a silver lining for advocates of a strong Second Amendment right—unprecedented growth in the number of Americans who embrace their right to keep and bear arms.

According to the National Shooting Sports Foundation, Americans bought an estimated 21 million firearms in 2020, with 8.4 million Americans buying a gun for the first time last year.

Additionally, the number of Americans with concealed carry permits continued to grow, albeit at a slower rate than in past years. This likely was due to record-long delays in permit processing and shutdowns because of COVID-19.

It is hardly surprising that law-abiding citizens flocked to exercise their Second Amendment rights last year. It was, after all, a year replete with widespread civil unrest and calls to strip resources from police departments already hamstrung by a global pandemic.

Want to keep up with the 24/7 news cycle? Want to know the most important stories of the day for conservatives? Need news you can trust? Subscribe to The Daily Signal’s email newsletter. Learn more >>

But even during “normal” years, the right to keep and bear arms plays an important role in preserving public safety.

According to a 2013 report by the Centers for Disease Control and Prevention, almost every major study on the issue found that Americans use their firearms in self-defense between 500,000 and 3 million times a year. We have good reason to believe that many of these defensive gun uses aren’t reported to police, much less make the local or national news.

For this reason, The Daily Signal each month publishes an article highlighting some of the previous month’s many news stories on defensive gun use that you may have missed—or that might not have made it to the national spotlight in the first place. (Read accounts from 2019 and 2020 here.)

The examples below represent only a small portion of the news stories on defensive gun use that we found in December. You may explore more by using The Heritage Foundation’s interactive Defensive Gun Use Database.

Although we all hope that 2021 brings increased stability and lower crime rates, we also should hope that America’s new gun owners do not forget the lessons of 2020.

America’s civil society and “scheme of ordered liberty” are fragile things that can be severely disrupted with little warning.

Unfortunately, many gun control advocates still want to make it more difficult for law-abiding citizens to defend themselves in public or with the firearms of their choice, best suited to their situation, experience, or comfort levels. There is little doubt that these law-abiding Americans will benefit from 2021, where the nation returns to “normalcy,” and the chaos of 2020 begins to feel more like a fevered dream than a lived experience.

So say “good riddance” to 2020—but remember what it taught us about the right to keep and bear arms.