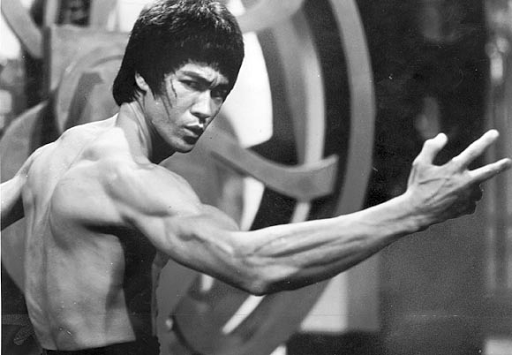 Undoubtedly, people have different reasons for getting into martial arts.

While some are looking for spectator sports, others use martial arts as a hands-on exercise they can also use to effectively practice self-defense.

With numerous practices to pick from, choosing the most suitable one to get into can be challenging.

Narrow down your options by taking into account 10 of the most popular martial arts practices known the world over.

Established by Japanese educator Kano Jigoro, this effective method of self-defense was first developed in the 1870s. In essence, modern-day Judo is a combination of basic martial arts combined with Kano Jigoro’s own methods and techniques.

Interestingly, this practice was Jigoro’s way of effectively dealing with a prevalent issue many kids are familiar with – bullying.

The practice often involves using the opponent’s strength against him. In other words, the practitioner does not have to possess overpowering strength to win. Primarily, the focus of Judo is throws rather than strikes.

A generic term covers a combination of various striking and stand-up fighting styles. Kickboxing is classified as sports martial arts as much as it is known as an effective self-defense option.

Believed to be an evolution of full-contact karate, the term kickboxing was first coined in Japan.

Besides, the first kickboxing organization, Kickboxing Association, was first founded in Japan. However, while the association to the ‘land of the rising sun is powerful, its roots and history are tied in many ways to Thailand’s Muay Thai.

One of the most popular martial arts, karate, is believed to date back as early as the 1300s.

Loosely translated, karate means ‘empty hand’ because it is carried out sans the use and help of any weapons.

First developed in Ryukyu Islands (now referred to as Okinawa, Japan), karate is a predominantly ‘striking art,’ which uses elbow and knee strikes, kicks, and punches. Karate classes often incorporate open-hand methods such as spear-hands, knife-hands, and palm-heel strikes, to name a few.

First introduced in Japan in the early 1900s, this type of martial arts entails using an assailant’s energy and strength against him.

In a nutshell, practitioners are taught to still take into account a potential attacker’s well-being.

That being said, this practice is designed to disarm but not fatally harm likely aggressors.

Weapon training is also incorporated in Aikido practice, with practitioners taught to defend themselves against knives, swords, and staff. Lovers of this art include Minoru Mochizuki, Morihei Ueshiba, and Steven Seagal.

Taekwondo or Tae Kwon Do is a popular Korean martial art with a heavy Shotokan karate and Chinese martial arts influence.

Its following grew by leaps and bounds when it was taught to the South Korean military.

Popular in over 100 countries (with over 30 million followers to boot), it’s no surprise that it has some famous followers, including Willie Nelson, Sarah Michelle Gellar, and Criss Angel.

Hailed as one of the oldest forms of martial arts, Kung Fu was first taught by Shaolin monks.

With emphasis given to its moves’ morality and philosophy, it’s not surprising virtues such as respect, trust, patience, and humility are incorporated into practice.

Chinese Yellow Emperor Huangdi introduced the practice to his people during his reign (believed to be around 2,698 BC). Since then, the practice has earned quite a following, including martial arts royalties Jet Li, Jackie Chan, and Bruce Lee.

Originally used by the special police and security forces in Israel, this form of martial arts incorporates ‘violent skills.’

Obviously not meant to be treated as a sport, this ‘ruleless art form emphasizes the use of devastating attacks on the opponent’s vital parts.

This type of martial arts features a 3-step approach which includes dealing with the existing threat, preventing a second offensive, and finally, neutralizing the assailant.

Apart from encouraging head butts and using available objects as possible weapons, the practice also encourages attacks on the opponent’s eyes and groin. Followers of this intense practice include Darren Levine and Kobi Lichtenstein.

Referred to as the ‘art of softness,’ this is the approach often used by Japanese samurais when they are disarmed.

With focus given to locks, rolls, and throws, this type is also considered the ‘anything goes approach.

Students of this art are taught varied tactics that range from poking to biting and gouging, whichever is applicable and necessary. Mixed with some of the standard moves, attacks can be lethal.

Deemed highly effective when utilized in close-quarter combats, it’s not surprising Jujutsu has earned some distinguished followers, including Barton-Wright, Edward William, and Ice-T.

While its origin and history remain a source of constant debate among modern scholars, one thing is certain: Muay Thai is considered one of Thailand’s most famous sports.

Believed to be developed hundreds of years ago, this close-combat sport entails using the entire body as a weapon.

Once referred to as ‘Siam Boxing’ by the foreigners, Muay Thai was also labeled as ‘Le Sport Orient’ (fighting style of the Orient) in France.

As the practice garnered international exposure and recognition, it also earned some well-known followers such as Ryan Gosling, Tony Jaa, and Kevin James.

Used by assassins and warriors to defeat and surprise their opponents, Ninjutsu employs both the feet and the hands.

Weapons like spears, swords, stars, and even explosives are also taught during training.

First introduced during Japan’s feudal age, this type does not mess with it specifically designed to kill. While no longer predominantly taught today, some of its elements and techniques are incorporated in other martial arts forms. Fans of the art include Frank Dux and Ashida Kim.

When choosing the right martial arts, it is recommended that you factor in your needs and preferences. Once you have those two important elements figured out, finding a practice that will bring out the best in you will be a walk in the park.