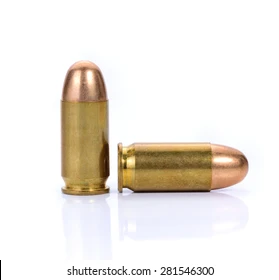 The .45 ACP (Automatic Colt Pistol) calibre is popular for self-defence firearms. Known for its stopping power and reliability, the .45 ACP has been trusted by law enforcement and military personnel for decades.

One of the main reasons the .45 ACP is so effective as a self-defence round is its ability to deliver a significant amount of energy to the target. This energy transfer can disrupt the central nervous system and stop an attacker in their tracks. The .45 ACP is also known for its ability to penetrate through barriers, such as clothing and drywall, which can be important in a self-defence situation.

Regarding reliability, the .45 ACP has a long history of use in firearms carried by military and law enforcement personnel. These firearms are subjected to rigorous testing, and the .45 ACP has consistently performed well under pressure. Additionally, the .45 ACP has a relatively low recoil, which makes it easier for shooters to control and aim accurately, even under stress.

One potential drawback of the .45 ACP is that it can be more expensive than some other calibres. Additionally, it can be more difficult to find in some areas, as it is less widely used than in some different calibres. However, for those willing to pay a little extra and do some research to find a reliable source for .45 ACP ammunition, the benefits of this calibre are well worth it.

When choosing a self-defence firearm, it’s essential to consider several factors, including calibre, reliability, and personal comfort and proficiency. The .45 ACP is a tried-and-true calibre that has proven effective in self-defence situations. If you choose a .45 ACP firearm, practice regularly to maintain your skills and become comfortable and confident with your selected firearm.