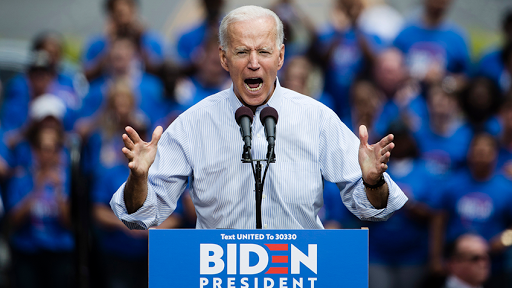 Just in case anyone needed further proof that much of the federal bureaucracy is more interested in serving themselves. Left-wing political interests than public service, news broke this week that rogue elements of the Bureau of Alcohol, Tobacco, Firearms and Explosives (BATFE) have been conspiring with Joe Biden’s transition team to enact gun control executive fiat. At the top of these anti-gun government functionaries’ wish list is executive regulation of commonly-owned pistol stabilizing braces and materials used by individuals to make their own firearms –sometimes referred to as unfinished or “80%” frames or receivers.

On November 10, gun rights activist John Crump published a piece for Ammoland.com with details of a leaked BATFE conference call. BATFE Acting Director Regina Lombardo and Associate Deputy Director Marvin Richardson participated. According to the article, “Acting Director Regina Lombardo told those in attendance that the anti-gun Biden transition team has reached out to the ATF to get the agency’s ‘top priorities.’”The item went on to note that “Lombardo told those on the call that her priorities would be pistol braces and 80% lower receivers.”

From Crump’s initial report, it is unclear how Lombardo wants the BATFE to target these items, but under a proper reading of federal law, the agency’s options are limited.

Pistol stabilizing braces are an item that attaches to the rear of many configurations of commonly-owned semi-automatic pistols that helps stabilize the pistol on a shooter’s arm so that they may effectively shoot the firearm with one hand. These items are precious for differently-abled shooters who may not have the use of two hands. BATFE has approved several arm braces for this purpose. At present, Americans own over 4 million of these items.

Federal law defines a “rifle” as “a weapon designed or redesigned, made or remade, and intended to be fired from the shoulder.”Further, a “rifle having one or more barrels less than sixteen inches in length” is categorized as a “short-barreled rifle.”“Short-barreled rifles” are subject to the National Firearms Act and must be registered with the federal government in the National Firearms Registration and Transfer Record. On the other hand, a “handgun” is defined as “a firearm which has a short stock and is designed to be held and fired by the use of a single hand.”

In the letter, BATFE contended that an individual who shouldered a pistol equipped with a pistol stabilizing brace was creating a short-barreled rifle.

This reading of the law was patently absurd. The definitions of both “rifle” and “pistol” turn on how a particular firearm is designed and intended to be used. Pistols equipped with a pistol stabilizing brace are designed and intended to be “fired by the use of a single hand.”The object of a pistol stabilizing brace is to facilitate single-handed shooting.

A person using a firearm equipped with a pistol stabilizing brace in a manner in which it was not designed for, by shouldering it, does not change the fact that the firearm was “designed to be held and fired by the use of a single hand.”Under such tortured logic, someone who attempted to fire a stock Glock 19 by placing it upon his shoulder would be creating a short-barreled rifle. What matters under federal law is what the firearm was designed and intended for, not how any individual user might use it.

In early 2017, BATFE reconsidered its incorrect reading of the law. In a letter to pistol stabilizing brace manufacturer SB Tactical, the agency explained,

To the extent the January 2015 Open Letter implied or has been construed to hold that incidental, sporadic, or situational ‘use’ of an arm-brace (in its original approved configuration) equipped firearm from a firing position at or near the shoulder was sufficient to constitute ‘redesign,’ such interpretations are incorrect and not consistent with ATF’s interpretation of the statute or how it has historically been enforced.

In August, the agency sent firearm manufacturer Q LLC a cease & desist letter informing the company that its “Honey Badger” pistol, which is equipped with a pistol stabilizing brace, was in the agency’s view a “short-barreled rifle” subject to the NFA. After grassroots action taken by NRA members and other gun rights supporters in early October, BATFE suspended the cease & desist order for 60 days.

Concerning unfinished frames and receivers, the current federal statute and regulations are clear. Federal law defines a “firearm” to include “any weapon (including a starter gun) which will or is designed to or may readily be converted to expel a projectile by the action of an explosive” and “the frame or receiver of any such weapon.”In the Code of Federal Regulations (CFR), “firearm frame or receiver” is further defined as “That part of a firearm which provides housing for the hammer, bolt or breechblock, and firing mechanism, and which is usually threaded at its forward portion to receive the barrel.”

BATFE would likely attempt to broaden the definition of “firearm frame or receiver” in the CFR to target unfinished frames and receivers. Such a change is inadvisable and should at the very least require a formal rulemaking under the Administrative Procedure Act.

By targeting the materials Americans use to make their own firearms, BATFE is striking at the core of the Second Amendment right in a manner that has no basis in the text, history, and tradition of the right. Since long before the founding, Americans have enjoyed the right to make their own firearms for personal use without government interference.

The interest in regulating these items by executive diktat shows a willingness at BATFE and in a prospective Biden administration to ignore the law. This is not the opinion of NRA-ILA but of the Barack Obama administration.

In late 2015, Obama tasked his White House with doing everything within their lawful authority to pursue gun control through executive action. Deputy Press Secretary Eric Schultz said of Obama’s administrative gun control efforts, “he has asked his team to scrub existing legal authorities to see if there’s any additional action we can take administratively…The President has made clear he’s not satisfied with where we are, and expects that work to be completed soon.” In remarks announcing the new actions, Obama stated, “we’re going to do everything we can to ensure the smart and effective enforcement of gun safety laws that are already on the books….”Further, a press release that accompanied the announcement of these measures stated, “The President and Vice President are committed to using every tool at the Administration’s disposal to reduce gun violence.”

Both pistol stabilizing braces and unfinished frames and receivers existed during the Obama administration’s efforts, yet they were not targeted for prohibition. The fact that BATFE, and possibly the Biden team, believe they could do even more than Obama suggests that they are willing to go beyond what even the anti-gun Obama administration considered a legitimate use of executive authority.

As BATFE leadership scheme with a potential Biden administration, gun owners must remain vigilant to protect their rights by providing a political counterweight to unwarranted unilateral executive action. Biden has already made clear that he does not recognize the supreme law of the land, the U.S. Constitution and its Second Amendment, so there is no telling the lengths he would go to subvert the law by edict.