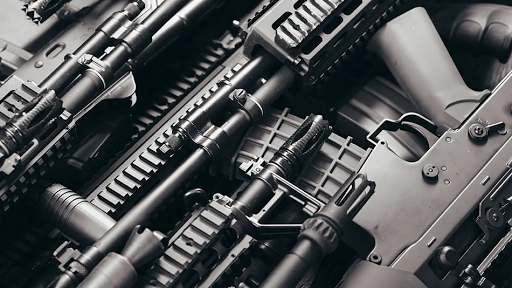 Recently, President Biden announced his new strategy to combat the rise of gun violence in the United States. This plan seeks to make federal funds available to local law enforcement, school programs, and programs designed to help former prisoners reintegrate into their communities after serving their sentences. The plan also “implements preventative measures that are proven to reduce violent crime, and attacks the root causes—including by addressing the flow of firearms used to commit crimes” and indicates that the government intends to “[s]tem the flow of firearms used to commit violence, including by holding rogue firearms dealers accountable for violating federal laws.” This begs the question: If “rogue firearms dealers” are such a nationwide issue as to warrant being mentioned in the administration’s new strategy to reduce gun violence, why weren’t they already being held accountable?

During his speech, President Biden stated that “90% of illegal guns found at crime scenes were sold by 5% of gun dealers.” According to a U.S. Department of Justice special report released in 2019, only 8.2% of all state and federal prisoners purchased guns from a licensed firearm dealer at a retail source; 1.2% purchased them from private sellers, and 89.9% did not purchase or trade guns at a retail source at all. Using the U.S. Department of Justice’s own data, we can see that the vast majority of criminals are not getting their guns from dealers. Keep in mind that these are just the numbers of guns that end up in possession of criminals, not the number of guns used in actual crimes. If we dig deeper into that same data, it shows us that only 1.3% of the guns used during the commission of a crime were obtained from a retail source. Remember, these are the government’s own numbers. While it is certainly possible that the discrepancy between President Biden’s statement and the Department of Justice’s numbers is simply the result of an honest mistake or lack of clarification on the part of the President, it is also possible that the President purposefully cited numbers from an over 20-year-old study that itself cautioned “traces to a dealer do not necessarily indicate illegal activity by the dealer or its employees,” simply to mislead the American public and bolster support for a plan that is ultimately unlikely to impact a criminal’s ability to obtain an illegal firearm. No matter which reason you choose to believe, such discrepancies undermine the overall credibility of the argument being made.

One of the major points of President Biden’s speech was “accountability.” In this instance, the focus is on holding “rogue firearms dealers” accountable for passing illegal guns presumably used by criminals to commit crimes. A United States Government Accountability Office report dated September 2018 found that of the 25.6 million background checks processed through the NICS system in 2017, 181,000 were denied because the individuals attempting the purchases were prohibited from possessing a firearm under federal or state law. As of June 2018, only 12 out of the 181,000 denied by the NICS system were prosecuted by United States Attorney’s Offices. Put another way, just .007% of the people caught attempting to illegally purchase a gun in 2017 faced federal prosecution. The federal government’s failure to prosecute felons who attempted to purchase firearms was not mentioned in the President’s speech or in the released comprehensive strategy.

An Attack on Gun Owners?

Given the currently available data, it is difficult to see how the measures contained in the President’s strategy will have much, if any, impact on the overall rate of gun violence in this country. The dichotomy between what the data shows versus the message being relayed by certain political figures is a driving factor behind the opinion that law-abiding gun owners are unfairly targeted. Some people found the tone and overall message of the speech particularly demeaning to gun owners, including attorney and gun rights activist Colion Noir, who was quoted saying:

It’s a very sad day in our country’s history when you have a president of the United States basically telling the American people that, ‘hey, look, we’re the government, we can do anything that we want to you and there’s absolutely nothing you can do about it.’ He’s not talking to us like a group of people. He’s talking to us like we’re an invading force. People don’t want these firearms so we can take over the government. We want these firearms so that we can protect ourselves.

This and other factors, such as the President’s nomination of gun control activist David Chipman to head the ATF, make it appear that despite the data, the President views law-abiding gun owners and legal guns as a significant part of the “problem.”