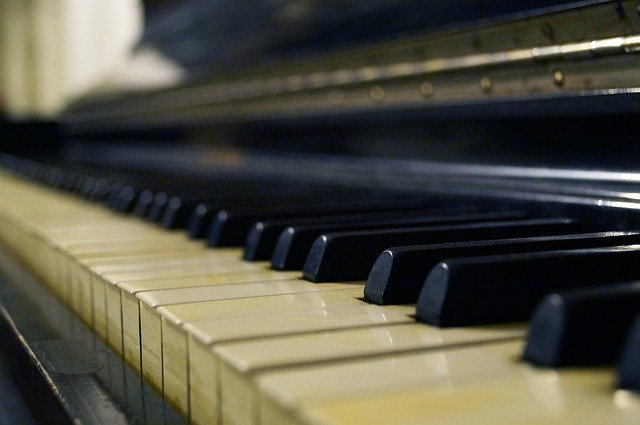 This month we celebrate Black History. Among the many achievements made by Blacks, jazz is one of my favorites. I was asked to write about The Harlem Renaissance, especially two men, one that have seared a lasting footprint in poetry, James Mercer Langston Hughes (February 1, 1902-May 22, 1967) and in jazz, Thelonious Sphere Monk (October 10, 1917-February 17, 1982).

The Harlem Renaissance (1918-mid 1930s) was important because it inspired an explosion of cultural pride and was perceived as a new beginning for African Americans. Black Americans were inspired to create works rooted in their own culture instead of imitating the styles of White Americans.

The mass migration from the south to the north started because of several reasons, first was the need by northern employers for laborers to work supporting the war effort (WWI). Then there were the other reasons, such as segregation, an increase in the spread of racist ideology and widespread lynching. The Harlem Renaissance ended during The Great Depression, but its influences continued.

Harlem has long been synonymous with Black culture. In the early 20th century the neighborhood was the setting for African American-led movements in music, literature, dance and art – collectively known as The Harlem Renaissance. The area was developed for White residents but became overdeveloped. Because of the vacant residencies, coupled with the migration of Blacks from the south, Harlem began seeing the vacant residencies being filled with Blacks. Because of the Black migration into Harlem, the White occupants began to move out and Harlem became influenced with the Black culture.

Although Langston Hughes is usually known as a poet, he should be called a jazz poet. Born in Joplin, Missouri he grew-up, as his family moved, all over the mid-west under strict racial separation laws. This formulated his deep racial pride and his purely African American poetry. He started writing poetry at a young age and I wrote his most famous poem when he was only seventeen years old.

He finally went to New York City and his poetry morphed into a jazz like rhythm. His poetry took on jazz music, musicians, or the jazz milieu as its subject. As a member of the ‘beat’ generation he embraced aspects of African American culture during the 1950s, then shifted Its focus from racial pride and individuality to spontaneity and freedom. Both jazz music and jazz poetry were seen as powerful statements against the status quo.

The reason I refer to him in the jazz genre is the accompaniment of background bongo drum(s) or a piano. Langston Hughes was the first to do this and it is still done today and hip-hop (rap) have its beginning here. Many times, he would improvise his poetry, but the background music never overshadowed him, it rather complemented him. He died in New York City at the age of 65.

Thelonious Monk was born in Rocky Mount, North Carolina and he became a musician/composer. In 1922, the Monk family moved to San Juan Hill, Phipps Houses, Manhattan, New York when he was five years old. He started playing the piano at six and was largely self-taught. At 17 he toured with an evangelist, playing the church organ and in his late teens he began to find work playing jazz. In the early to mid-1940s, he was the house pianist at Minton’s Playhouse, a Manhattan nightclub.

Monk played for and recorded with many holdovers from the Harlem Renaissance era. He also played for the many poets in the area. Which poets he played for is not revealed but Langston Hughes may have been associated with Monk.

Monk is the second-most-recorded jazz composer after Duke Ellington, which is particularly remarkable as Ellington composed more than a thousand pieces, whereas Monk wrote about seventy. Monk played piano in the improvisational style and made numerous contributions to standard jazz, was very choppy when playing, had many pauses when he improvised and played some keys with two fingers instead of one finger.

Monk lead (fronted) and complemented many well-known bands although his record sales were sparse. Because he was well known, among his many awards and accolades was his induction in 2009 into The North Carolina Music Hall of Fame.

Harlem have changed superficially since The Great Depression. The many arts are still there but Harlem is now interracial. If there were more Blacks accepted into the military during WWI, if the south had not been harsh toward Blacks in that era, and if there was not a need for laborers in the north because of WWI, there would not have been a Harlem Renaissance. Monk and Hughes was among those that proved Black arts would continue after The Harlem Renaissance era, think about The Apollo Theater.