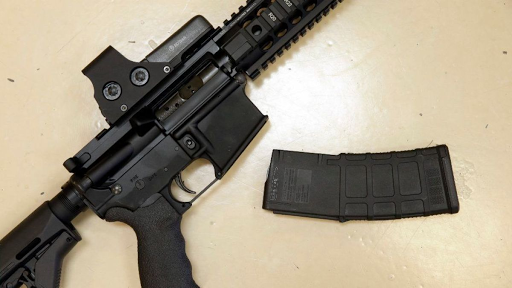 BELLEVUE, WA – After two years of litigation over a botched computer program to register so-called “assault weapons” in California, a settlement has been reached between the state and all parties involved. The Second Amendment Foundation revealed today.

The case is known as Sharp v. Becerra. In 2016, the California Legislature created a new “assault weapon” classification requiring registration. But there was a problem with the online registration process that prevented gun owners from actually complying before the July 1, 2018 deadline, so a lawsuit was filed by several parties, including SAF, the Firearms Policy Coalition, Calguns Foundation, Firearm Policy Foundation, and the Madison Society Foundation, along with several private citizens.

“Under this agreement,” said SAF founder and Executive Vice President Alan M. Gottlieb, “California must reopen the registration process for all individuals who possessed eligible firearms and reimburse all plaintiffs. California DOJ is required to announce the re-opened registration period and notice other known gun rights groups and law firms. This requirement especially applies to every person who called or emailed the DOJ to complain about being unable to register before or after the original deadline. The department must also conduct a public outreach campaign to notify the public about the reopened registration period.

“It’s fair to say our lawsuit prevented guns from being banned and confiscated, and their owners from being prosecuted,” he stated.

“The department must also accept paper submissions as an alternative,” he added, “on a form that gets the information required by the online registration process. It’s important that California DOJ under Xavier Becerra had to acknowledge its registration website was something of a disaster.

“As noted in the agreement,” Gottlieb continued, “hundreds of people actually contacted the California Department of Justice to seek technical assistance because they encountered problems trying to register online. When you consider the likelihood that many times the number of people who contacted DOJ became frustrated and didn’t contact the agency, we’re talking about a system breakdown that shouldn’t have happened. I’d call this an embarrassing loss and a huge setback for California gun control overall.

“Through this agreement,” he added, “all of the plaintiffs will recover our legal expenses, and more importantly, thousands of honest California citizens will be able to comply with the law. DOJ must give gun owners 120 days’ advance notice that the system is re-opening.”