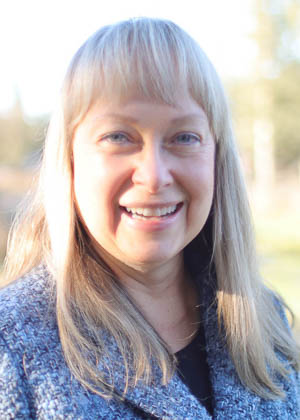 Because armed citizens are so alarmed about anti-gun legislation, Network members have been calling and emailing to ask what we are doing to stop firearms restrictions from becoming law and, if enacted, to overturn them. Some questions have come from members who joined within the past few months and may not have studied our membership assistance outline as closely as we might like. When that becomes apparent in conversation or email, we are happy to spend time clarifying what the Network does and does not do. Recently, questions find me regularly reminding members that the Network’s mission is exclusively focused on the legal defense of legitimate use of force in self-defense by members.

In answer to requests that the Network involve itself in politics either in the member’s own state or in Washington D.C., I have to explain that expanding into pro-gun lobbying would necessitate major reallocations of money away from member education and the Legal Defense Fund.

As necessary as it is, lobbying is not the Network’s mission. Our mission is the education of members and defense of legitimate use of force in self-defense by members. While my personal politickin’ includes letter writing and donations to pro-gun voices over a diverse spectrum, as an organization, the Network’s resources are strictly committed to the legal defense of individual members after self-defense.

Due to our diverse membership – some members lean toward liberal beliefs, and others embrace conservative politics – involving the Network in political activism would expose us to considerable pitfalls. As just one example, not all members may be as comforted as I am by the past few years’ appointments to the US Supreme Court, a positive factor that’s foremost in my mind when I question the constitutionality of all the current anti-gun legislation. Last month, while doing some Internet reading about HR 127, I stumbled across commentary about Caniglia v. Strom, a Supreme Court case dealing with warrantless search and seizure of firearms.

While reading about the case, I gratefully thought that when the Court considers it later this month, the newer Justices Barrett, Gorsuch, and Kavanaugh will be shoring up the Court’s conservative wing. I have to remember, though, that others are unhappy with the composition of the USSC. I ponder those political issues because inside the Network–just as in life in general–we encountered angry differences of opinion during the last presidential election. Part of that unpleasantness was that a president’s most long-lasting influence derives from Supreme Court appointments.

The 2020 election certainly reinforced that our Network membership’s political leanings run the gamut from moderate liberals to no-compromise conservatives. Inevitably, in a family made up of more than 19,200 individuals, one member may find another’s political leanings contrary to their own or even offensive. Although my family of origin is small, I have relatives who rabidly hated President Trump and rarely missed an opportunity to express their disgust. I would be surprised if you, dear reader, haven’t experienced the same discord, so that doesn’t make me special. Those kinds of differences are mirrored in our big Network family, too. Still, whether we’re dealing with blood relatives or our big Network family, we all manage to get along and pull together for the common good, even if we inadvertently ruffle each other’s feathers now and again.

That’s why when members ask the Network to engage in lobbying and political activism, I shudder as I imagine the impossibility of finding and supporting one school of political thought that all members would find acceptable!

I inadvertently ruffled feathers with the February edition of this journal, as I learned from a member in Pennsylvania who expressed the following reaction to our recent journals:

“I read the Jan. and Feb. journals including the president’s message and feature on Rallies, Riots, and Protests. It is amazing that you managed to discuss your political views affirming your support for Trump and present an interview on 2020 protests (some riotous) but made ZERO mention the violent, treasonous, terroristic insurrection Jan. 6th. This is the behavior that people on the right exhibit all the time that shreds their credibility with ‘the middle.’”

In contrast, a member in Michigan called Marc MacYoung’s interview, Rallies, Riots, and Protests, “One of the best, most complete ‘how-to articles I have read in a long time.”

He added, “I am 75 now, still in decent shape for my age, but over many years I have changed from being somewhat socially aggressive to a much calmer personality. Everything MacYoung discussed with you is useful information. I have three ‘rules that I use when out and about.

1. Nothing good happens after midnight.

3. Always know where exits are.

“These rules have pretty much helped my wife and me have enjoyable outings. One thing I can add: when in a vehicle at a stoplight or stop sign, always keep a car length between you and the vehicle in front. This gives you an escape option.”

A member in Rhode Island found MacYoung’s comments about evading attacks while in cars evocative of his youth. He wrote, “Interesting article on evading mobs and going in reverse in cars.

“When I was 18 years old, I was driving down this dark, desolate road, and a car comes up which looks like it wants to pass, so I pull on the shoulder and slow down. It was a hot summer night, and my window was down. A guy jumps out the side door and punches me in the face through my window. I immediately put the car in reverse and backed up until I saw a side road, put it in drive, drove down that road, then entered a random driveway, and immediately shut my lights off so if they were following, they wouldn’t see my car or lights.

“I didn’t grow up in a ‘violent’ part of NY; in fact, it was mostly peaceful suburbs, but as a teen growing up on eastern Long Island, you did have a tough crowd to deal with from time to time. As someone who was never violent, as myself and my friends were not, we learned evasion and to avoid detection by traveling at times lengthy distances (miles even) without using any established means of travel. I got into a few situations in my teens with local rivals (not gangs, just other teens) that involved having to make escapes through backyards or the random patches of woods and forest. I became very good at situational awareness and evasion techniques, especially at night. Trying to escape situations or avoid them by following the roads or sidewalks was out of the question.

“I think a lot of people forget, even in situations where highways are becoming blocked by rioters and protesters, that the whole world is not roads and sidewalks. If you get stopped upon a highway or road, and it looks like it has potential for danger, runs off the road, runs into the woods, behind stores, and behind houses to getaway. Don’t run down the road or sidewalk—that’s where everything is occurring.”

Wasn’t that an interesting variety of responses, all to the same interview? Members, hearing from you reminded me that when feathers get ruffled and emotions are running high, we need to focus on the things we share in common, which vastly outnumber the issues we disagree with.

These messages from members emphasize what’s most important: While we certainly don’t all vote the same way, Network members are all intent on living more safely, on understanding our interaction with the criminal justice system if we use force in self-defense, and despite political differences, we remain committed to making sure that no individual member suffers injustice at the hands of the criminal justice system after doing nothing more than defend himself, herself or loved ones.