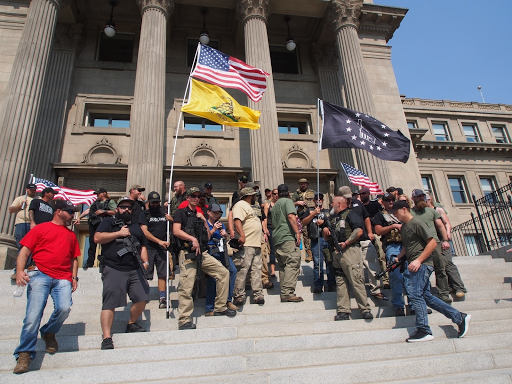 BELLEVUE, WA – Two national gun rights organizations are mobilizing to fight back against threats from the Joe Biden administration and Capitol Hill Democrats to impose extremist gun control measures in the wake of two tragic shootings that would not have been prevented by any of the restrictions now being proposed.

SAF resumes its highly successful “2A First Defenders” campaign after a brief hiatus, while CCRKBA is adding a fifth week to its popular “SAVE2A.US” advertising effort.

“Between the two organizations, their messages will be aired a record 87 times next week,” said SAF founder Alan Gottlieb, who serves as the group’s executive vice president and also chairs the CCRKBA. “The nation has witnessed two awful incidents over the past ten days, and now the nation’s law-abiding gun owners are being threatened with new restrictions by Biden and his anti-gun Democrat allies in Congress for crimes they didn’t commit. Both murderers passed background checks, which proves gun control is not the answer.

“Both suspects are facing multiple murder charges,” he added, “and they will be held responsible for those crimes if they are convicted. But American gun owners are tired of being penalized for things they didn’t do, and our TV campaigns are mobilizing them to fight back. We are not going to stand by while Biden and his gun-grabbing cronies dismantle the Second Amendment. They’re pushing, and we’re pushing back.

Gun owners can find out about each effort via text messaging, Gottlieb said.