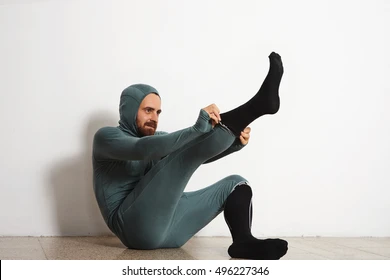 A Chinese couple living in Hangzhou had been fighting for several weeks.

One day, the 50-year male noticed that his private parts were rotting.
Not sure what his initial reaction was, but it could not have been good.
The Chinese man discovered that his angry wife had soaked his underwear in weed killer, which contained the chemical paraquat.
After soaking the underwear, she laid it out to dry with the rest of his clothes.
The chemical is colorless and odorless, so the unsuspecting man had no reason to believe anything was wrong with his underwear.
The man spent the next two weeks in the ICU of a local hospital.
He suffered burns to his private area and had difficulty breathing.
It turns out the chemical seeped into the man’s skin, causing rotting of the skin and his breathing issues.
The wife found herself in police custody, of course.
The man will have breathing difficulty for the rest of his life. There was no word if his genital skin will recover.
Due to healthcare privacy laws, there was no word on the specific treatment the Chinese man received.
While not a doctor, but one of the treatments for paraquat poisoning is to give activated charcoal.
That is because activated charcoal absorbs toxins and filters out contaminants.
Moreover, many other uses for activated charcoal make it perfect to have in a disaster situation.
The best part is, charcoal is purchase at the hometown pharmacy.
So, here are a few ways charcoal is activated in an emergency, though hopefully, one will never need it to try to save human genital skin.
Filtering water:
Many kitchen water filters contain some activated charcoal. For example, the popular Brita water filters use activated charcoal.
Furthermore, most survival water filters contain two layers, with the last one using activated charcoal.
Even though it will not remove everything from water, it works to remove foul odors and taste.
We recommend using a quality emergency water filter first and activate charcoal to be as safe as possible.
My next Concealed Carry Class is March 27th – PM me for more information- please share and comment.
Source: Jason Hanson.
https://spybriefing.com