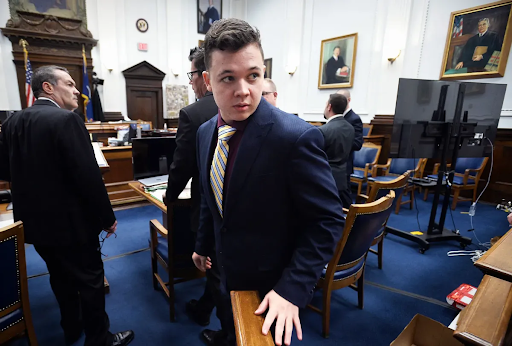 Kyle Rittenhouse. Many Americans and most in the self-defence world will recognize a name that has been the subject of discussions, blog posts, articles, news, and videos around the country and around the world. On August 25, 2020, during a Kenosha, Wisconsin protest over the police shooting of Jacob Blake, Kyle Rittenhouse killed two men and wounded a third. Many in the media have called Rittenhouse a vigilante and immediately accused him of setting out to wantonly kill anyone in his path. This two-part series will attempt to parse the facts of what happened that night and perhaps bring some clarity to a confusing situation. Opinions vary, and this one is mine.

Ultimately, my opinion, and the opinions of scores of writers and columnists, do not matter. The final verdict (the trial is set to begin November 1) will be determined by a group of citizens called the trier of fact, otherwise known as the jury.

Unrest and protests occurred in Kenosha over the shooting of Blake, a black man, by police. The officers were white. He was shot seven times by police as a neighbour caught much of the incident on video. Blake survived but is permanently paralyzed. Racially-charged protests ensued. Kyle Rittenhouse, then a 17-year-old, travelled from Illinois to Kenosha in response to a call from local militia, intending to protect area businesses and residences from looting and destruction during the riotous protests. It was during this riot that Rittenhouse shot and killed two men, Joseph Rosenbaum and Anthony Huber, and wounded a third, Gaige Grosskreutz. But was Rittenhouse acting as a vigilante, as many have claimed? Or did he act in self-defence? Many naysayers have been quick to label Rittenhouse a murderer without fully understanding the law and without the ability to apply it correctly.

In Wisconsin, as in most jurisdictions, you may use deadly force against another when you reasonably believe that another person intends to do great bodily harm or cause the death of you or another person. However, you may use only a level of force that is proportionate to the power being used against you. For example, if someone intends or is attempting to use an object against you that could cause your death or great bodily harm, you are authorized, under law, to use any level of force, up to and including deadly force, to stop that threat. Next, you cannot provoke or incite the attack to claim self-defence. In other words, if you are the initial aggressor or the one who starts the fight, your claim of self-defence will most likely fail. Like many jurisdictions, if you are the initial aggressor, you must make every reasonable attempt to avoid using deadly force by attempting to run, escape, avoid the attack, or prevent the attack, before resorting to using deadly force, and even announce to the other party that you are done fighting, and don’t want to fight anymore to regain your innocence.

Video retrieved from that night shows Joseph Rosenbaum chasing Rittenhouse into a used car lot amid the riotous environment. Authorities say it shows Rosenbaum throwing an object (later determined to be some type of plastic bag) at Rittenhouse, and an attempt was made by Rosenbaum to take Rittenhouse’s rifle away from him. Rittenhouse fired his AR-15-style rifle at Rosenbaum, killing him. When someone other than law enforcement attempts to disarm a loaded weapon from your person, can you assume they intend to use it against you? This can be a difficult question to answer. It depends on several factors that might be in play. In law enforcement training, when a subject attempts to disarm a police officer of their weapon, deadly force is authorized. It is presumed that the subject’s only reason for disarming the officer is to use that weapon against them. Can we make the same presumption when a civilian attempts to disarm another civilian? Perhaps, we can. However, it may come down to what you reasonably perceived, at the moment, in the totality of the circumstances and whether you can articulate the reasonableness of a deadly force threat. Rittenhouse, and others in the self-defence world, contend that Rosenbaum threw the plastic bag at Rittenhouse in an attempt to distract him, intending to disarm him.

Following the first shooting, Rittenhouse appears to be running toward police and away from an angry mob chasing after him when he trips and falls in the street. The video clearly shows a mob of protesters; I counted at least eight to ten, chasing him down the road. At one point, a protester appears to kick Rittenhouse in the head when he is down on the ground. Tripping and falling to the ground, Rittenhouse was in a position of disadvantage, with what appeared to be multiple attackers quickly gaining on him. Can Rittenhouse reasonably believe that he is about to be attacked by various people? One of them kicked him in the head; what would the others do? Taking a blow to the head while in a position of disadvantage, with multiple people about to jump on you, can certainly cause a person to reasonably believe this attack can lead to death or great bodily harm.

At this point, Anthony Huber appears to stumble over Rittenhouse as he hits Rittenhouse with the end of a skateboard. He is shot as he grabs the barrel of Rittenhouse’s gun. A skateboard is a large, solid wood object with four hardened wheels and is not intended to be used as a deadly weapon. However, using any object as a weapon that can cause death or great bodily harm is considered deadly force. Was it reasonable for Rittenhouse to believe he would be struck again or that the ensuing mob would overpower him with each rioter taking turns raining blows down on him? Rittenhouse has at least four attackers within lunging distance of him and his rifle. Almost immediately, Gaige Grosskreutz approaches within about two feet from Rittenhouse with what appears to be a handgun. Rittenhouse shoots Grosskreutz wounding him in the arm.

In the totality of the circumstances, would Rittenhouse’s actions stack up to the elements of self-defence?

The five elements of self-defence that have been identified by Attorney Andrew Branca in his book, Law of Self Defense (https://lawofselfdefense.com/shop-losd/), are Imminence, Innocence, Proportionality, Avoidance, and Reasonableness.

These elements of self-defence can be found, for the State of Wisconsin, in WI Stat §939.48 (2014), Self-defense and defence of others.

It states, in part:

A person is privileged to threaten or intentionally use force against another to prevent or terminate what the person reasonably (Reasonableness) believes to be an unlawful interference with their person by such other person (Avoidance, or no statutory duty to retreat. See State v Wenger). The actor may intentionally use only such force or threat thereof as the actor reasonably (Reasonableness) believes is necessary (Proportionality) to prevent or terminate the interference. The actor may not intentionally use force that is intended or likely to cause death or great bodily harm unless the actor reasonably (Reasonableness) believes that such power is necessary to prevent imminent (Imminence) death or significant physical injury to themselves.

Imminence can be defined as where in time does the threat fall? Imminent means it is happening right now; it isn’t happening five minutes from now, and two minutes ago is too late. The danger must be happening right now, in an instant, and requires your immediate action.

Innocence is defined as who started the fight. You can’t start a war, escalate it to the point the other party draws a weapon, and then innocently use deadly force, claiming they drew first. It doesn’t work that way. Regaining innocence, in many jurisdictions, means you must announce to the adverse party your intention to stop fighting. Furthermore, some additional action would be appropriate such as a retreat, running away, or moving to a position of safety. If, after regaining your innocence, your adversary pursues you, they may be considered the initial aggressor, and you may use the appropriate level of force allowed under the law.

Proportionality simply means you can use only that level of force necessary to stop the force being used against you. Someone grabs your purse; you can generally grab it back. However, if the force that can cause death or great bodily harm is used against you, you may use deadly force to stop that threat. I want to insert a note here: in the WI statute, the term “unlawful interference” is used. Please don’t take this out of context. Unlawful interference could be unwanted touching. However, this would not be a deadly force threat. Read the following sentence of the statute. “The actor may intentionally use only such force or threat thereof as the actor reasonably believes is necessary to prevent or terminate the interference.” So perhaps using only enough force to remove the hand of the person touching you would be warranted.

Avoidance is the duty to retreat. In a few jurisdictions, you must make an attempt to flee to a position of safety before deadly force is allowed. Michigan, my home state, is more of a hybrid duty-to-retreat state. In other words, a person does not have to retreat as long as they meet some aspects of the law. However, Michigan has a jury instruction that allows the jury to use the fact an actor did not retreat, when they could have (or should have), in their verdict decision if they determine the actor was culpable at some level. Typically, no duty to retreat hinges on two primary factors; the actor is not in the commission of a crime and is in a place they have the legal right to occupy.

Throughout this writing, I’ve used the term reasonableness. Reasonableness is simply looking at all elements, in the totality of the circumstances, and applying the standard of the average person, in the same set of circumstances, with similar general knowledge and life experiences, to the facts at hand. Each element must be present; reasonableness is the umbrella that covers the other four. Keep in mind, in an actual case of self-defence, you (your defence team) must prove all five elements to acquit; the government must disprove only one to convict.

As you open this online journal, the Rittenhouse trial should be at its inception. The trial is scheduled to start on November 1 (whether or not the trial goes as planned, I will report back in the next issue). The burden of proof is beyond a reasonable doubt; this burden falls on the prosecutor. He must disprove self-defence by that standard. However, the defence has the responsibility of production and must produce some type of evidence at some level above zero to show self-defence. The old standard was the reason must prove self-defence by a preponderance of the evidence. This is no longer the case as the last holdout state, Ohio, changed its statute. This went away in all 50 states on March 19, 2019. You may still see a preponderance of the evidence used but most likely in a self-defence immunity hearing. If immunity is not granted, then the case can go to trial. If an exemption is granted, matter over. A recent Louisiana appellate case cited preponderance of the evidence, but it was a non-homicide case, and it appears the defendant was the initial aggressor.