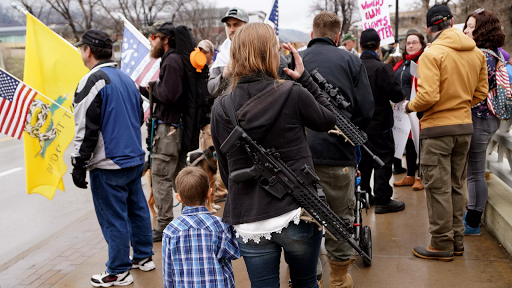 BELLEVUE, WA – The Second Amendment Foundation is applauding a ruling by a Boulder, Colorado District Judge striking down a Boulder city ordinance that outlawed possession, sale, or transfers semi-automatic sporting rifles and magazines capable of holding more than 10 rounds.

“This wasn’t our case,” noted SAF founder and Executive Vice President Alan M. Gottlieb, “but it was the right decision by Judge Andrew Hartman. He ruled against the city ordinance because it violated Colorado’s state preemption law, which prohibits such local ordinances as the one in Boulder. Anti-gun politicians and organizations target such laws because they require uniformity in state gun laws and prevent the creation of legal minefields designed to trip up law-abiding citizens.”

Gottlieb is also delighted that the media alluded to a landmark U.S. Supreme Court ruling in June 2010 that incorporated the Second Amendment to the states via the 14th Amendment. This was a SAF case known as McDonald v. City of Chicago, which nullified that city’s long-standing ban on handguns.

Judge Hartman’s ruling is another victory for state preemption, Gottlieb noted, coming soon after a Washington State Court of Appeals panel ruled unanimously in a SAF lawsuit that the City of Edmonds acted illegally when it adopted a so-called “safe storage” requirement a few years ago. SAF and the National Rifle Association challenged that restriction and a similar one in the City of Seattle. Washington has one of the earliest preemption statutes, which has been used as a model for similar laws in other states.

In Colorado, Judge Hartman wrote, “The Court has determined that only Colorado state (or federal) law can prohibit the possession, sale, and transfer of assault weapons and large-capacity magazines…the State of Colorado has passed laws that are effectively a scheme preempting local governments from enacting municipal firearms and magazine possession ordinances.”

“This is the way state preemption laws, which we wholeheartedly support, are supposed to work,” Gottlieb said. “Our hats are off to the plaintiffs in this case, Robert Chambers and James Jones, Gunsport of Colorado and the Colorado State Shooting Association. Their victory is a win for all Centennial State gun owners.”