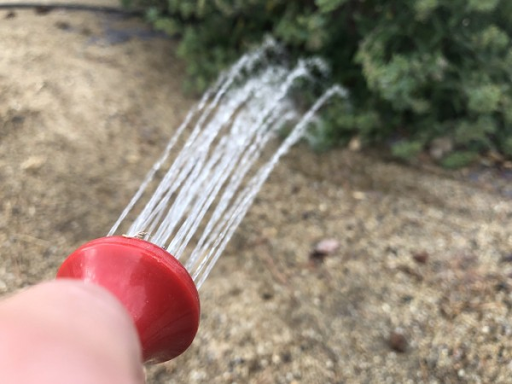 Waking up in the morning and taking a shower is a routine for many people – but not David W.

David claims that he hasn’t showered in over 12 years.

But it’s not because he’s homeless or lives deep in nature and away from civilized society.

David is a chemical engineer in Boston who believes that humans don’t need to shower.

He even claims that using soap daily may remove healthy bacteria from your body.

But there is zero evidence that bacteria gained from not showering is beneficial to your skin.

David first stopped showering after talking to a friend about horses.

They discussed how horses roll around in the dirt.

He believed that the horses did this because something in the dirt made them feel clean.

He concluded that horses do this to cover themselves in bacteria not found on human skin.

The specific bacteria found on the horses work to break down other types of bacteria.

And he speculated that humans didn’t have the good bacteria on their skin because of the obsession with soap and hygiene.

The doctor says that if you don’t shower, you will begin to smell due to bacteria and dead skin on your body.

Besides, if you don’t shower, your skin will become oily and dry.

And over time, it could become infected with fungus and bacteria.

And it is leading to possibly warts and other skin conditions.

And this is why, when you cut your hand, you wash it with soap and water.

If there was a buildup of bacteria on your skin, you could suffer a soft tissue infection from even a tiny cut.

Your head would become extremely itchy if you never washed your hair.

Essentially, you need to consider all the areas of your body that would buildup fungus and bacteria.

Areas like your groin and in between your toes can develop fungus that could cause painful burning.

So, showering every day isn’t necessary, but it sure is nice to do it as often as possible-

When you are bugging out, or camping, or even during an extended power outage-

You may not even have the option to shower.

And your only choices might be a sponge bath or using a river or lake.

But, you probably shouldn’t go more than 3-4 days without showering.

You could begin to accumulate a buildup of bacteria and fungus on your skin.

So, here are three showering options you may want to add to your survival gear in case you are stuck without utilities.

The Zodi Extreme is a more excellent option for portable showers because it has so many features.

First, it has an adjustable pressure, which is not in other showers.

A hand pump controls the pressure with an on/off lever.

It also has a kink-proof hose that is 6 feet long.

The canister that holds water can be set directly on top of a stove until the water reaches the temperature you want.

It also has a temperature gauge and typically heats to 100 degrees in 5-10 minutes.

The Zodi Extreme is one of the heavier portable showers, and it’s not very compact, so it’s not ideal for bugging out.

But it is a good option for your bug-out trailer or even in your survival stockpile in case your home shower fails.

The Helio shower is a combination of function and portability.

It has a foot pump that creates pressure without taking your hands away from whatever you’re cleaning.

It has a 2.9-gallon capacity that provides about 7 minutes of continuous water.

The showerhead looks like a kitchen sink sprayer and has a 7-foot-long hose.

It weighs 1.5 lbs empty and folds up, so it’s compact.

The Helio has no way to heat the water, so you would need to add the water to the shower.

If space is your primary concern, then this is the shower for you.

The Sea to Summit comes in a bit of 6-inch by 3-inch case.

But it opens into a 2.6-gallon shower and only weighs about 5 ounces.

The top of the shower opens so you can quickly fill it without spilling.

And the bag is made from black nylon to soak up the sun and provide some warmth to the water.

There is no pump for the shower, so you must secure it in a tree or above you for it to work.

The shower provides about five minutes of continuous water flow.

When space matters, this is the perfect option.

It can fit in your pocket and sells for only $35.

During a disaster taking a shower might not be your biggest priority.

Yet, for children, the elderly, or those with medical issues, not showering can lead to more health problems.

Even though David W. claims that he doesn’t have body odour…

If you stop showering, your family members might let you know the (smelly) problems with his theory.