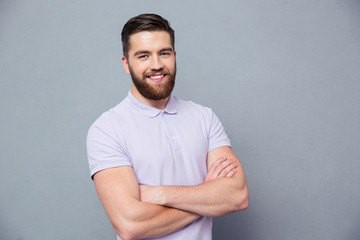 He’s the most outstanding point guard ever to play the game of basketball.

And maybe if Jordan didn’t push off, Stockton would have a ring.

I’m also a fan of Tom Brady, and there’s no doubt he’s the greatest quarterback ever.

So, what do these two athletes have in common?

They look average, plain, and boring.

I can’t remember who, but I think someone called Stockton “the silent assassin.”

He looks like a choir boy but was one tough son-of-a-gun who you didn’t want to mess with on the court.

My point is, neither of these men looks like they are the greatest ever.

Neither of these men looks intimidating.

And this is a valuable part to play.

Some of the best spies I know look so unassuming that nobody would take them seriously.

But, in a heartbeat, they can unleash their killer instinct and get the job done.

It’s beneficial to seem minimized, and I’ve taken advantage of this many times in my life.

In a crisis, if 7’1″ Shaquille O’Neal is walking around, he’s going to stand out and draw a lot of attention to himself.

But, if an average Joe is walking around, nobody is going to look twice.

In a crisis, you want to be that average Joe.

You want people to glance at you barely.

You want people to underestimate you.

You want to blend in.

It helps to get their guard down, and it’s much easier to escape to safety or get what you need.

Now you know- why none of my bugs out bags have patches or stickers on them from the NRA or Glock or anything else.

All my bags are plain.

Bottom line, don’t stand out so you can quickly flee from the danger.

Plus, if you have to fight, you can easily overwhelm them since they won’t expect it.

You’ll have that element of surprise, which comes in very handy in a confrontation, especially one on one.

(One of the best Field Manuals ever written on the subject is FM -150, Hand to Hand Combat, Dept. of the Army, June 1954- the manual is a completely stripped out version of earlier publications from WW2 accepts the manual only presents what worked in actual combat situations)