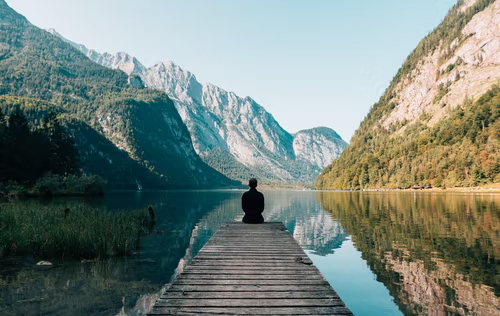 Hopefully, folks will begin to travel in May as we head into more excellent weather (hopefully). More specifically, May will bring thousands of patriotic Americans to Houston, Texas, for the 2022 annual membership meeting of the National Rifle Association. This is a great time to remind us about reciprocity and travelling with your firearms.

Our civil rights don’t stop at the state line. The first ten amendments to the Bill of Rights are considered our civil rights. My right to free speech, the fifth and fourteenth amendments, the right to a jury trial, and the right to counsel isn’t left at the state line. They are rights endowed by our Creator and not by any government. If this is so, why isn’t our Second Amendment also listed among those civil rights we can take with us? Consider this: if I possess these rights, shouldn’t I be the one to decide where I take them? Yeah, I know…we could write volumes about the issue. Let’s leave this question to the Attorney-of-the-Month Q & A.

Let me continue with my analogy to driver’s license reciprocity. Some states have different motor vehicle codes when driving from state to state, although most jurisdictions have adopted the Uniform Vehicle Code. A cursory study of firearm travel laws across the United States can spin a person’s head.

When travelling to each state, you need to know the laws of each jurisdiction and have studied the regulations before your trips. For example, when my son and I travelled on camping trips to the Appalachian Trail in June last year, we carried firearms. We carry under LEOSA, the Law Enforcement Officers Safety Act. LEOSA is a federal law that allows law enforcement to carry firearms in all fifty states under certain conditions. We travelled through Ohio, Pennsylvania, New York, Maryland, and Vermont. Guess which state wouldn’t let us carry?

While planning for this trip, I spent about an hour researching the various carry laws of each state to which we travelled. I found some interesting facts to which I paid attention if we were questioned on our LEOSA carry. All the states I mentioned above, except New York, allowed us to carry without issue. A constitutional carry state, Vermont allowed us to carry with only a driver’s license. At least one state restricted us from bringing our guns into our motel room, whether we posted “no guns” or not. The law left that restriction up to the innkeeper. Maryland wasn’t as restrictive as I expected, but we could hike into Vermont and camp and hike fully loaded.

Here is an interesting note: we had an extra day to stop and visit Niagara Falls on our trip back through the People’s Republic. I stopped to talk to a New York police officer. He was, in fact, a commanding officer. I asked about carrying under LEOSA, and he responded, “What’s that?” I explained it, and he said he had never heard of it. Yes, true story. What’s the point of the story? Even those who are supposed to know often don’t know. He said if we are going on the boat, just lock our guns up in one of the storage lockers. Unbelievable.

Make sure your information comes from reliable sources. Don’t take advice from Internet lawyers. They might be correct, but if they’re not, who suffers the wrath of the legal system? However, the Internet does have a few well-researched websites that have taken great pains to bring accurate information to the concealed pistol carrier. One such website is https://handgunlaw.us.

New York, among others, is not a preemption state, so individual government units can restrict the carrying of weapons in their jurisdiction. There are so many disjunct laws across the United States that it can be a harrowing experience. If you are travelling through a particular state, do you know if you can carry in their state parks, national parks, motel rooms, campground domiciles, rest areas, or houses of worship? The list goes on and on, almost forever.

Until we get national carry reciprocity or constitutional carry in this country, spend some time doing your own research before travelling. A great place to start to search is the website I mentioned earlier. Actually, browse each state’s website and read their laws, restrictions, where to carry, etc. PRINT this information. Do this for each state or jurisdiction you will visit. Place their printouts in a folder and keep them with you. Careful study of this material will hopefully keep you out of trouble. Is that guaranteed? Of course not, but it is a great place to start. If they are not sure they can carry, I teach my students then do not carry. Please don’t be the guy (or gal) who starts spouting their Second Amendment rights, hoping to try your case on the street, because your words will fall on deaf ears while the jail cell closes behind you. When you must make changes in your carry-travel arrangements, do it before hitting the following state line or jurisdiction, not five miles in.

When you fly, make sure you have called ahead to ask the airline you’re booked on how their procedure works. I usually take an extra gun lock if I need to make someone happy at the airline or TSA (Transportation Security Administration). I don’t usually give endorsements, but I have found Delta to be one of the best in this regard, in my experience. I try to fly Delta almost exclusively because of the ease of transitioning through this process.

Allow me to relay an exciting story. I once travelled from Detroit to Las Vegas with my firearm. It’s important to note this was before 9-11. In Detroit, I was told I would need to go to the security office to retrieve my checked bag that contained my gun. I did just that, but there was no bag and no weapon. I went back to the baggage claim area, and there was my bag and my gun. Anyone could have grabbed it and taken it off. Apparently, there was a gun in the bag because the airline had placed a bright orange sticker on the outside of the pack with big letters that said FIREARM. Fast forward to my last trip a few weeks ago. I had to go to TSA and retrieve my bag and gun as special baggage. It was much safer now. I’ve also had the experience of teaching the TSA agent the correct procedure of checking that the firearm isn’t loaded and that the magazine is empty.

Keep in mind that firearms are not allowed in the sterile areas of the airport. This means you cannot carry a firearm beyond the entry point to stand in line at TSA. Airports set their own rules on this, so be aware. When I was a bodyguard for the sales reps with LeVian jewelry, we had a special entrance through which we could travel. Of course, I had to be squeaky clean to get that approval. Most times, if we had been accosted, I would have had to use hand-to-hand skills to guard the rep. Were people after the agent? They wanted the 10 to 12 million dollars of cut and unmarked diamonds he had in his bags. The people I mentioned, whom we considered the most significant threats, were drug cartels that could convert the diamonds to easy cash on the black market.

It is difficult to comprehend the vast scheme of gun laws that change from state to state and jurisdiction to jurisdiction. For example, in Michigan, you may not carry a firearm into a church, house of worship, or another religious meeting unless you have the permission of the presiding church official. However, Governor Ron DeSantis signed Florida’s “Church Carry” law in 2021. HB-529 allows concealed carry into churches, houses of worship, etc. HB-529 still enable churches to exercise their private property rights where guns are concerned. Still, this bill allows concealed carry until otherwise notified, unlike Michigan, where one cannot carry in a church unless told they can carry. A subtle difference perhaps, but a difference, nonetheless.

Other restricted locations in some states may include a national park located in that state. As of this writing, the federal government allows the state government in which a national park is located to enforce their state laws about carrying guns. For example, in Bryce Canyon, located in Utah, as long as Utah has reciprocity with your state and you are legally allowed to carry in your state, you carry in Bryce Canyon. Keep in mind that some larger national parks cover more than one state. Simply because you enter one state and exit the park in another does not mean you are in legal possession of your firearm. Keep in mind that you cannot carry in federal buildings, which means no guns in any building in a national park. These can include the visitor center, ranger station, information booth, or another outbuilding.

When we think of travel, we usually consider driving and flying. But what about the confusing restrictions on trains and buses? Amtrak rules are very similar to conditions on transporting firearms on any commercial airline, with a few minor differences. You must contact Amtrak at least 24 hours before departure and make a notification you are planning to transport a gun. The firearm must be in a locked, hard-sided case to which you retain the key. Check-in no less than 30 minutes before departure. Firearms may only be transported in your checked baggage with no firearms in a carry-on bag. Greyhound does not allow the transport of firearms of any kind, at any time, on any bus…period.

When people travel for pleasure, they sometimes avoid airports and choose to go in an RV. Transporting your gun with you in your RV can be tricky, too. Generally, if your RV is not hooked up to utilities and you are on the move, it is considered like an automobile, and the state law about guns in cars applies. You would still be subject to state laws that may require concealed carry permits, etc. When stationary and hooked up to utilities, an RV is considered your home for that stay. Ensure the campground or park you stay at allows firearms; you could be in violation if they don’t.

It’s easy to see now why laws can be confusing when it seems each jurisdiction has set rules on carrying a firearm in their locale. Make one minor mistake or even misinterpret the law and commit what seemingly is a petty offence and you can land in jail. After attorney’s fees, bail, fines and costs, you’ve dropped $5,000 and missed out on your travel time.

Be careful, be safe, and check and double-check every jurisdiction you enter. It will save you time and hassle when wading through the mud pit of firearm laws.