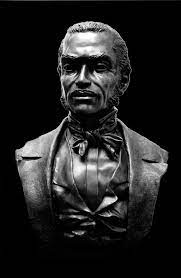 Frank, and only “Frank” for many years, was born into slavery during the American Revolution on a plantation in South Carolina. In 1795 his owner, George McWhorter, moved to Kentucky, taking Frank with him. A few years later, Frank married Lucy, a slave on a neighbouring plantation. It was not unusual for owners to hire skilled slaves and split the proceeds. Sharing the profits was not benevolence but good business. A capable slave who earned nothing would have no incentive to produce quality products. Therefore, potential customers for the slave’s work would have no incentive to rent the slave. The owner would lose this opportunity to earn additional income from his valuable “asset.” These assets were expensive. Aside from the high purchase cost, asset maintenance required that the owner provide slaves with food, clothing, medical care, and strict supervision for their entire lives. There were other costs, like the occasional services of pricey slave catchers. So, to recover costs on the rental market, the owner needed slaves with a reputation for good service, which the owner transacted by giving the slave a cut of the earnings. Frank was a valuable asset, though his skill was not typical. Frank, instead, had management and business skills. He often managed George McWhorter’s plantations and started and ran several small businesses.