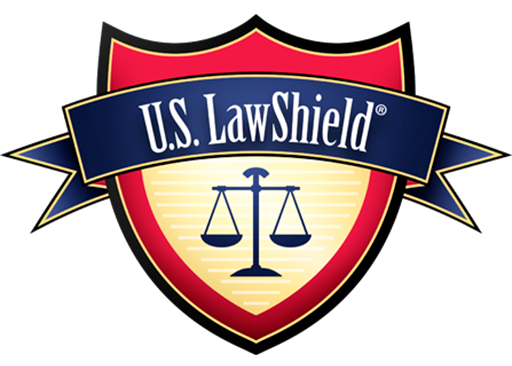 Can a judge sign an order allowing police to seize your guns without you even breaking a single law? In recent years, there has been a nationwide push for “extreme risk protective orders” or “red flag” laws specifically designed to remove firearms from people accused of engaging in conduct or making statements that others may deem “dangerous.” You’ve probably heard about them in the news recently, but what are they? What do you need to know about them, and how could they be used to take away your Second Amendment rights? Let’s look at the history of these laws and how North Carolina uniquely falls on this hotly debated area.

The History of Red Flag Laws

Red flag laws entered prominent national discourse in 1999 when Connecticut passed the first one of its kind because of a mass shooting at the Connecticut Lottery headquarters. Lawmakers in Connecticut intended this law to target individuals with specific mental health conditions and prevent them from accessing firearms.

More recently, on February 14, 2018, a 19-year-old former student opened fire at Marjory Stoneman Douglas High School in Parkland, Florida, horrifically killing 17 people and injuring 17 others. There was an immediate national outcry to “do something” to stop what the media has frequently dubbed “gun violence.” When information emerged that the shooter had documented mental health issues, lawmakers across the country began pushing for laws to take away guns from individuals whose behaviour raised a “red flag” that they could be a threat to themselves or others.

In theory, the purpose of these laws is to identify an individual who exhibits early warning signs of danger and prevent a criminal act from occurring by preemptively disarming them. However, there’s an obvious irony: with red flag legal proceedings, the person’s firearms are seized, but the individual may be quickly released back into society, free to pursue whatever misdeeds they might choose to do.

Many states with red flag laws currently on the books allow for an enforceable court order that prevents the person from owning, purchasing, possessing, or transporting firearms and ammunition for a specified period. Several jurisdictions also allow the extension of these orders if the affected individual is still “deemed a threat.”

For example, under California’s red flag law (called a “gun violence restraining order”), a person could be prohibited from owning, purchasing, possessing, or transporting firearms and ammunition initially for between one and five years, with the potential for the order to be renewed and extended indefinitely. California Penal Code §§ 18170-18197 lays out the process of any qualifying person asking to open the red flag order within three months of its expiration. The order will be extended if the court finds that the person still poses a significant danger of causing personal injury to themselves or another by controlling, owning, purchasing, possessing, or receiving a firearm, ammunition, or magazine, and all other conditions for renewal are satisfied.

A Californian subject to a red flag order may petition the court only once per year and ask for it to be lifted, which could entail another costly and time-consuming legal proceeding.

As of this article’s publish date, 19 states and the District of Columbia have enacted versions of red flag laws. How do things stand for North Carolina?

There are currently no red flag laws on the books in North Carolina. Though red flag legislation has previously been introduced, no bills have been passed by the legislature. It is essential to discuss these red flag laws to remember that North Carolina already has similar laws to deal with individuals who may be a danger to themselves or others. N.C. Gen. Stat. § 122C-261 allows anyone with firsthand knowledge of an individual to petition the clerk of court to have an individual who represents a danger be involuntarily committed by law enforcement to a hospital for evaluation and treatment. Further, N.C. Gen. Stat. § 122C-262 allows for an emergency procedure whereby law enforcement, or others, can remove an individual from the community and take them to a hospital for evaluation without prior judicial approval if they meet the criteria of requiring immediate hospitalization to prevent them from harming themselves or others. In other words, this debate needs to emphasize that there are already laws in place in North Carolina to deal with mentally ill people who may pose a danger to themselves and others. Red flag laws are an unnecessary and potentially abusive solution to a problem that does not exist.

HB 454 was introduced in 2019. HB 454 did not make it out of the committee for any vote. However, this, or a similar bill, could quickly be reintroduced. In fact, in August 2019, Governor Roy Cooper (who has since been re-elected) specifically requested the legislature to pass a red flag law. Several sheriffs indicated their support for such a law. You must pay attention because that legislation may be introduced again with the backing of the Governor.

“Ex parte” means the gun owner does not need to be present or even aware of the efforts to remove their firearms when the initial order is signed. Ex parte orders may be in effect for 20 days. A person who has their guns drawn is entitled to a hearing within those 20 days. Under HB 454, if a judge found by a preponderance of the evidence that an individual poses a danger, the judge could issue an extreme risk protection order and remove all firearms for up to one year—which could be renewed for a longer time. The bill also included criminal penalties for violations.

As previously indicated, some red flag laws may reappear in the legislature for a vote in 2021. While it does not currently seem that the legislation would get enough votes for passage, North Carolina gun owners should pay attention to this issue.

If you have questions about red flag laws or any other gun-related legislation, call U.S. LawShield and ask to speak to your Independent Program Attorney.