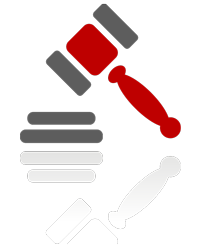 We’re starting to hear questions from Network members who are planning cross-country summer vacations. Naturally, they’re particularly concerned about the potential for violating weapon restrictions and self-defense laws once they leave home, where they are familiar with the law. Their concern extends beyond guns and includes worry about restrictions on pepper spray, Taser®s, knives, and other non-gun self-defense tools, too.

In hopes of aiding these intrepid travelers, we presented the following question to our affiliated attorneys:

When armed citizens vacation in your state, what weapon and self-defense laws are they most likely to be unaware of and may inadvertently violate?

If a Network member is planning to vacation in your state, what advice would you offer about their self-defense weapons and provisions?

Our Affiliated Attorneys responded with interesting and varied commentaries of such length that we will run the first half this month then wrap up in April’s edition.

Far too many innocent mistakes place law-abiding citizens in the criminal justice system – mistakes as innocent as not cleaning out your gym bag.

There are many applications for gym bags. Gym bags are typically known to store gym clothes, your gym lock, workout powder, water jugs, and so on. Those same gym bags are also optimal for transporting clothes and items for other activities, such as transporting your lawfully-owned firearm and ammunition to and from your home to a local gun range.

This is where the innocent mistake comes in, which has landed numerous people in the criminal justice system after being arrested for violating New York State gun laws, whether a New York state resident or not.

If you are one of those people who use your gym bag to transport  your firearm and ammunition, as responsible as you may be, ask yourself, “How easy would it be for one ammunition shell to fall out of the box and end up in a crevasse of the bag without your knowledge?”

Now think about this – that same gym bag is also optimal for traveling. How many times have you used your gym bag for a weekend trip or as a carry-on with your luggage?

In New York, if you fly through one of the two airports in New York City, you are subject to both the New York State gun laws and the even more strict New York City gun laws.  For a mistake as innocent as unknowingly going through airport security with one bullet in your gym bag, you can find yourself being arrested, facing criminal prosecution, a criminal record, and penalties as serious as jail time. Several of our clients, well-established wealthy businessmen and proud (legal) gun owners, who have never had any issues with firearms, ammunition, or law as a whole, found themselves arrested and need a criminal defense attorney after the gym (travel) bag was found with a bullet inside while going through airport security. Ultimately in their cases, we were able to get them resolved with a dismissal. Still, there was no guarantee these cases would be dismissed for this innocent mistake, which is why it is important to retain an attorney who knows both the criminal justice system and the New York State gun laws.

As an attorney for the Armed Citizens’ Legal Defense Network, Inc. for over 10 years, I am happy to offer free consultations for anyone charged with a new gun-related offense in the New York metropolitan area.

With great ski resorts and national parks, Utah is home to many tourists. Visitors to Utah should be aware that with a blood alcohol content limit of 0.05 percent, Utah has the strictest driving under the country’s influence (DUI) laws. An individual who is arrested for DUI who has a weapon, such as a firearm anywhere in the vehicle, can also be charged with a separate offense for carrying a dangerous weapon under the influence of alcohol or drugs in violation of Utah Code 76-10-528, a class B misdemeanor, punishable up to six months in jail. Often prosecutors will request forfeiture of any firearms in the vehicle as part of sentencing. Even one alcoholic drink can put a person over the 0.05 level. While most states have a 0.08 BAC level, Utah has adopted a 0.05 BAC level, which some Utah visitors may inadvertently violate. Visitors to Provo, Utah, should also be aware that a city ordinance prohibits throwing a snowball. Throwing a snowball, or any other projectile, resulting in bodily injury to another person or property damage is a misdemeanor.

Tennessee has a law found in Tenn. Code Annotated Section 39-17-1351(r) provides that Tennessee will honor a permit issued by another state-provided; however that Tennessee only honors such permits concerning handguns. Thus, if a permit from another state is a “weapons” permit or a “firearms” permit, Tennessee will not honor it for long-arms. Under this statute, there is no concealment requirement, so a nonresident permit holder may carry in Tennessee openly or conceal. Tennessee does have a law addressing vehicle transport which will allow someone who is legally in possession of a motor vehicle and also legally in possession of a firearm to transport that firearm, including long arms, loaded or unloaded in the vehicle. See TCA 39-17-1307(e).

Tennessee, unfortunately, has created a lot of confusion about where a permit holder may carry a firearm. In some instances, such as public parks, the possession of a permit is a “defense” to a charge of illegally possessing a firearm. There are similar complexities and risks related to public buildings, courtrooms, schools, public parks/greenways, campgrounds, waterways, state wildlife management properties, lake property controlled by the Tennessee Valley Authority or the Corps of Engineers, etc. Tennessee also allows any property owner to post the property as a gun-free zone. TCA 39-17-1359. Violations of private property posting can result in misdemeanor charges or worse, depending on the circumstances.

On the issue of the use of deadly force, Tennessee only allows the use of deadly force to the extent determined by a criminal court to be reasonably necessary to protect against an imminent risk of death or serious bodily injury to a human. TCA 39-11-611. In Tennessee, a person cannot use deadly force to protect real or personal property, protect their home, protect their business, aid in making a citizen’s arrest, or terminate a trespass. Further, Tennessee is partially a “no retreat” state. Whether there is a duty to retreat before using deadly force depends on the facts of each case and, in some instances, will turn on facts that have no connection to why the threat of death or serious injury arose.

The simple advice is that if you are in Tennessee as a nonresident with a permit from your home state, you are OK on most public roads and most public sidewalks. Beyond that, the needlessly confusing and inconsistent Tennessee prohibitions on where you can carry and when you can use deadly force create a risk of being charged with a crime.

Alabama is generally “gun-friendly.” It is a “SHALL ISSUE” concealed carry state. There are approximately five million residents over the age of 18. There are over a million (22% plus) concealed carry permits issued by the sheriffs of the 67 counties. Only qualified military non-residents can obtain an Alabama Concealed Carry Permit.

Anyone over 18 years of age who may legally possess a firearm may OPEN CARRY in the State of Alabama.

Though Alabama is an open carry state, a handgun concealed in the passenger compartment of a motor vehicle is considered a concealed weapon. So, if one does not possess a concealed carry permit in their state of residence, a handgun possessed by “non-permitted” visitors should be kept unloaded and in the trunk or other locked storage compartment.

Any place one spends the night, including a motel room, RV, or camp tent, is considered a dwelling to defend a dwelling. There is no duty under Alabama law to retreat from one’s dwelling.

Concealed carry permits are honored in highway rest areas, state parks, and wildlife management areas. This is a fairly recent positive change to the law. There is a state preemption law, so municipalities cannot enact more restrictive laws in their parks.

Firearms may NOT generally be legally carried in courthouses or the office of the local district attorney, public schools, or psychiatric facilities. They may not be carried in state trooper posts, sheriffs’ offices, and police stations without the senior law enforcement official’s explicit permission of such a facility.

While concealed firearms are allowed in bars and restaurants, they should be kept concealed. Owners of such establishments may, by law and generally do, forbid open carry in their businesses. Honor all posted notices by private businesses.

Under Alabama Criminal Code 13A-11-9, it is a misdemeanor (loitering) to remain in a public place while wearing a mask. This is not being enforced currently, but the legislature has not made any provision for those wearing COVID-19 masks. It is recommended that firearms be concealed in public places at all times, so there is no confusion about the motive of those legally carrying.

Some common sense thoughts for those carrying firearms for self-defense in the State of Alabama:

Make sure your Armed Citizens’ Legal Defense Network dues and membership are current. Rule No. 1 of Murphy’s Law is “If something can go wrong, it will go wrong … and at the worst possible moment.”

If you have a concealed carry permit from your state of residence, make sure it is current before leaving home. Bring it with you.

Be thoroughly familiar with any self-defense firearms you bring with you. Make sure they are working properly. If you can “qualify” with them, do so.

There are no Alabama state laws governing magazine capacity or self-defense ammunition/bullet types for firearms possessed by private citizens in Alabama. All federal firearms laws do apply and may be enforced by super-vigilant officers.

There is no duty under Alabama state law to inform officers that you are legally carrying concealed. However, do not surprise an officer by suddenly displaying a firearm if he investigates a crime or a complaint about improper use of firearms.

If police officers are called to the scene of a domestic dispute or other suspected criminal activity, it is better to not greet officers with a gun in hand if it can be avoided. So, if you are not holding a suspect for arrest, holster or render safe and lay your firearm down when officers arrive.

Guns and alcohol (or illicit drugs) do not mix. The best way to get police officers’ negative attention is to misuse either while in possession of firearms and believe it is going unnoticed.

Discretion is the key to not interacting with law enforcement when they are not needed. There are private citizens in our state who are not accustomed to firearms or have had a negative experience with guns. It is recommended that you not display, brandish, “accidentally” point firearms at others in public and semi-public areas. It is easy for “concerned citizens” to dial 911. If they lodge a complaint, expect to see troopers, deputies, or local police arrive to investigate the complaint. Minimally, it will impede any activities you have planned for that day.

We send a hearty “Thank you!” to our affiliated attorneys who contributed comments about this topic. Reader, please return next month for the conclusion of this discussion.