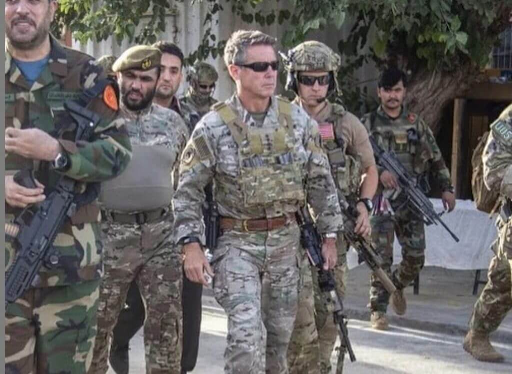 You may not recognize the name, General Austin Miller-

But, he’s currently the commander of the war in Afghanistan.

Some quick facts about him include-

To this day, he’s always got a pistol strapped to his hip even though several bodyguards surround him at all times.

One of the pistols that he carries is Colt-1911.

According to an Army spokesman, Colt-1911, the General carries is an Army issue to him in 2009.

They are such a natural pointing gun that it’s no wonder so many elite units have carried 1911s over the years.

Springfield makes the Colt- 1911 that you’ll find on my hip.

The second gun that the General sometimes carries on his hip is a much more modern gun, the Glock.

Everyone is familiar with Glocks and how durable they are.

In other words, the Colt- 1911 does require a bit more maintenance than a Glock.

But either way, you can’t go wrong with either of these guns that the General carries.

I own both 1911s and Glocks and think they should be a part of your gun collection.

Whatever guns you own or buy, do take care of them, even if it’s a Glock